Afloat again: out west and up north 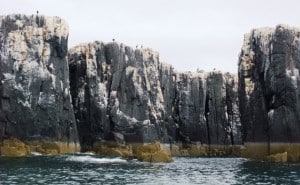 Friday 22nd July: River Avon in Bath
It was a reunion, this year in the lovely Georgian city of Bath, of “the Coven”, the name so cruelly given to our pack of six (four sisters, two cousins) by the generation below.
Baby Sis had requested suggestions for activities post arrival in Bath and pre-dinner, so Boatwif had dutifully researched some options… How surprised she was that the idea of a late afternoon boat trip was so well received. Coven members had checked into their centrally located hotel (summarised by one as “shabby chic without the chic”) and needed to start the weekend gathering. The trip was a mere 60 minutes out and back cruise, from the historic Pulteney Bridge (shops built above a bridge) to pretty Bathampton and back.
Weary from our respective journeys we clambered aboard a double decked sightseeing boat. The river water splashed neatly over the distinctive horse-shoe shaped weir below the bridge, the boat moored just above it. Why sit under cover when the warm sun was shining? In a line five of us sat on the top deck, Scottish Sis absent as yet but just about airborne from Inverness. As the boat got under way, passing under Pulteney Bridge and heading upstream past leafy gardens and below Georgian terraces, Senior Sis, Number 1 Cuz and Baby Sis sipped wine. “Why not,” said one, “after all, we’re on holiday!” Seriously dehydrated after their respective cross-country train journeys Brum Cuz and Boatwif (at that point) glugged down tea.
The cruise chugs upstream, along the River Avon (one of eight English River Avons, apparently). This Avon rises in the southern Cotswolds and flows into the Severn at Bristol. There are glimpses of hillside, sometimes embroidered with honey coloured Bath buildings, sometimes lined with dark green trees and patches of bright green field. The river twists and turns; other sightseeing craft are seen, as are punts roped up in line ready for a busy Saturday. At Bathampton the noise of roaring water deafens the deckhand’s commentary. Then powerful bow thrusters are deployed to turn the boat just in front of the weir, which some eight feet in height stretches across the river.  Above it an ancient pub, tollhouse and water wheel are attractive tourist draws. It was here, gazing at such close quarters at the weir, that Senior Sis consigned a spare camera battery to the waters below!
This can be kingfisher and otter territory but neither species was spotted. Willows trail into the water. Somewhere on the south bank a small rowing boat was tied up at the end of a garden, just the craft for a gentle afternoon’s book-reading  session. The babble of voices rose and fell: there was an English commentary but all manner of languages spoken by the other passengers signified the international appeal of this World Heritage city. Back through Pulteney Bridge, more roars from the bow thrusters and with mere millimetres to spare it seems the boat is turned and tucked back into its mooring spot above the weir, ready for its next load of visitors.
By mid-evening the five plus Scottish Sis were again by the river, rain-sodden now – gazing at the miracle of the rabbit escapologist, but that’s an entirely different tale…

Wednesday 27th July: around the Farne Islands, off the Northumberland Coast
It was Techno Son-in-Law’s idea, a birdwatching boat trip around the offshore islands, he, the Cheshire One and Boatwif.  Tickets bought, layered up in windproofs, the threesome headed the queue at the top of the slipway at Seahouses harbour.  The boat arrived, an open craft fit for about fifty passengers. Storms had called off all boat trips over the previous four or five days so with calm seas now and fair visibility this was a popular trip. Out of the double harbour the boat headed, straight for the islands. An early and warm spring has meant departure already for some of the Farne islands’ nesting birds. The boat approached birds bobbing on the sea, puffins, shags, and common and  Arctic terns. It was slowed while dozens of cameras and binoculars were focused. Onward: then seals hove into view, two enormous females basking on the rocks of a small island, many pups bobbing inquisitively in the sea. Further out the boat motored to sea stacks, now inhabited only by shags and kittiwakes, the 30,000 guillemots having already departed.     Next on towards Longstone, its massive red and white lighthouse built in the 1830s highly visible. Here the well known story of 7th September 1838 was regaled, of how the young Grace Darling and her lighthouse keeper father twice rowed through heavy seas to rescue a total of thirteen people from the shipwrecked Forfarshire.
The circuit of the group of fifteen islands continued (twenty eight at low tide).  Attention was drawn to the pretty plump eider ducks bobbing on the flat grey sea and the boat then headed past the island with the stone tower (first light, lit by paraffin) and Grace Darling’s childhood home. An hour ashore was allowed on the last island, Inner Farne. National Trust membership cards gave the trio free access. Wardens urged day trippers to walk only between the blue ropes.  The beach teemed with terns of various different types, feeding on and being fed sand eels. The noise of the birds was intense, though not harsh.  inside the tiny chapel a Grace Darling  memorial stone recalls the Victorian heroine. Here the Cheshire One skulked, reluctant to become food for the low flying birds. “Put your hood up,” advised Boatwif.  “Anyway, birds don’t usually go for red coloured food!” Boatwif’s role in this trip was just becoming apparent: Techno Son-in-Law was unloading gadgetry from his rucksack: a telescope, a tripod and binoculars to add to camera and i-phone. Keep the Cheshire One safe and happy!
A board walk leads around the island to various viewpoints. A strong smell, not totally unpleasant, of fish and seaweed, assaulted the nose. The young terns huddled on the ground,  waiting to be fed. Holes in the turf indicated puffin nests. Out on the cliff behind the solar-powered lighthouse black shags preened themselves in seaweed nests and kittiwakes clung to tiny ledges. A razorbill closely guarded its sickly offspring. While the Techno Dad conducted precision photography the Cheshire One scoured the ground. Treasure! A feather and a rabbit’s bone were her island souvenirs.
A fast trip back to Seahouses: sunlight flashed over Bamburgh Castle, further north Lindisfarne Castle was visible on the pinnacle of Holy Island. Mission very successfully achieved.
It was a good Wednesday morning riding on the North Sea – and a good Thursday morning too, splashing and paddling in that same North Sea…!