From the canal the view is of the estuary, haunting in its loneliness. A low grey sea wall separates canal from tidal river.

Nothing it seems is here.

Seabirds may wheel overhead or wading birds dig at the shoreline. Yet right by the seawall is a clue of human activity, boat hulls rusted, abandoned.

These are known as the Purton hulks, beached, reinforcing the fragile banks of the estuary. 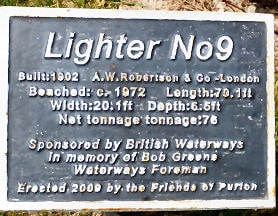 (See the Tentatrice blog  for an account of a splendid walk right down by the hulks).

Coal from South Wales used to be transported across an 18 span railway bridge built in 1879.  Thick fog and a strong tide on an October night in 1960 caused two vessels to miss the Sharpness Docks entrance, one, a tanker barge Wastdale H, colliding with a bridge column and the other, Arkendale H, colliding with the boat ahead. Five lives were lost although three crew members managed to swim ashore. The bridge was never rebuilt and the swing bridge tower is a stark reminder of the tragedy.

The canal terminates on a spit of land; right out on the very end is the Severn Lifeboat and Flood Rescue Station. 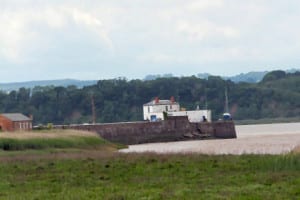 Things are of a different proportion out here.

The village houses, just a strip of dockyard worker cottages, have colourful and carefully preened gardens. 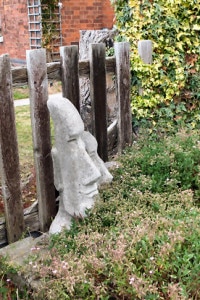 The one small shop is open only on limited hours.

“What will passing through Sharpness docks entail?” became the purpose of a Monday afternoon walk. Two bridges to start with, one high, one low.

The low one would have to be swung to allow access to the docks.

It’s a working port, Mariaburg being loaded with bulk feed on one side.  On the other is an area from where ferrous and non-ferrous metals are exported.

“So what does the lock look like?” Huge. Big enough for vessels 240 feet long by 30 feet beam. The lock was full. It seemed more like an Olympic sized rowing lake.

Beyond lay the tidal basin.    A phone call from the Severn pilot deserved investigation.

“You might be sharing the lock tomorrow with a big boat (gulp!) I’m bringing a barge up the Severn from Barry and I’ll meet you on the pontoon in the tidal basin… ”So where was that?”

It was a promising sunset.

As prepared as could be, the crews took to their beds, ready to go to sea in the morning…