Cakes, Hail* and the Marmalade Lady 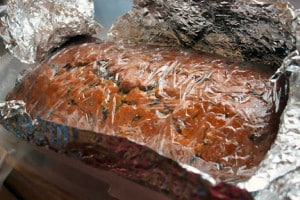 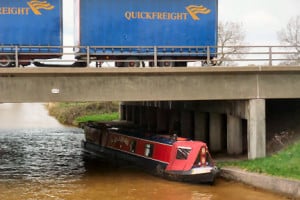 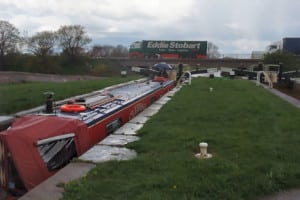 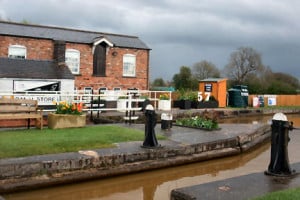 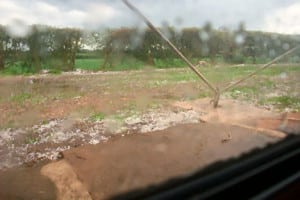 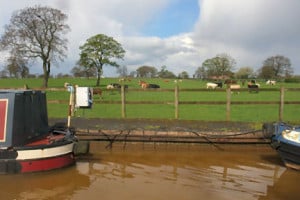 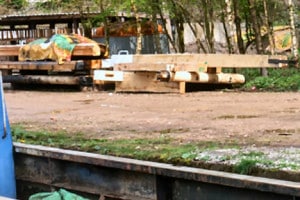 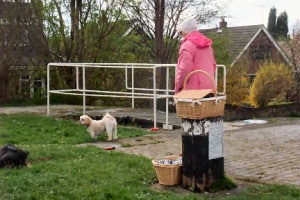 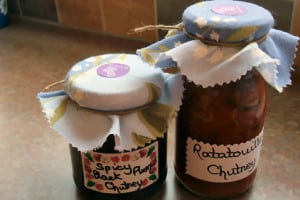 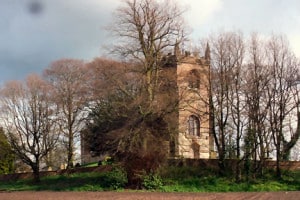 
Embarrassed last night that only a few crumbs remained of boat cake when our Bosley visitors were on board Boatwif retrieved the second boat cake (baked before departure) from the freezer compartment and now it has defrosted. The recipe for Toss in Together Cake was passed on decades ago and it always goes down well after a boating day. It is flavoured with mixed fruit, cherries, ginger, cinnamon and cloves. (Apply to Boatwif for recipe).

What pleasure at the end of a hard boating day to peel off the waterproof outer layers and to sit in sunshine! The towpath is heavily puddled and manufacturers of Wellington boots must be proud of their product today, much in evidence on the feet of boaters and dog walkers.

It was always going to be a hard day… Once a quick servicing stop had been made at Wheelock the canal begins to climb via frequent locks. There is traffic noise at lock 65 where the A534 crosses the canal, but the noise is mere preparation for the Big Roar, at lock 58, where the M6 slices north/south near Sandbach Services. The short sharp showers of yesterday were still about and the Captain skulked under the motorway bridge while the lock was being prepared for entry. A mere 50 yards further on is Lock 57. Now it is not the lock chamber that holds such a magnetic attraction for the Cleddau crew but the fare at the lockside Lock 57 upstairs cafe /restaurant.  In balmy, sunny weather it would have been a huge temptation to moor up and pause a while for a coffee and a tasty something in the lock side garden. But today the darkening skies, sudden drop in temperature, a thunderclap and loss of visibility due to sudden hail called for an emergency reaction. Since last year the bank above Lock 57 has been given a makeover, with mooring rings provided for another hundred feet or so. In serious and persistent hail the Captain struggled to fasten a centre rope through a ring. The engine hatch was closed, the kettle turned on and an early lunch taken!

Conditions improved, the cruise resumed. British Waterways were moving work barges at locks 54 and 53. There were cows to the right of us and cows to the left. At a BW wharf a pile of new lock beams awaited installation and painting. Then, at lock 52 appeared a pink-coated figure (with dogs, but without boat).  She is local, the Marmalade Lady. For 11 years now she has been making chutneys and cakes, jams and scones, needlecraft too, selling her produce to raise funds for the Great Ormond Street Children’s Hospital.  It was to be a ten year project, but she continues, having to date raised about £14,000. We’d met her before at the same spot – now she has diversified into making Jubilee aprons and doorstops too, all for charity. Long may she happily continue her work.

Just a few more locks to Church Lawton and a lovely mooring site just below the church. Cleddau tonight is within 6 locks of the top of Heartbreak Hill – and no crew member has (yet) reported symptoms of a broken heart!

* Was aware of a Somerset Maugham Cakes and Ale title; a Wikipedia search will refer readers also to a Malvolio speech in Twelfth Night .