Flags, flowers and a flotilla 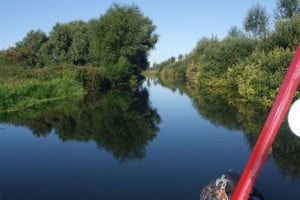 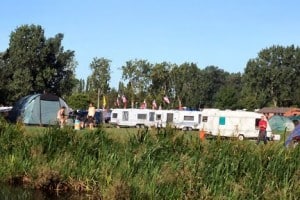 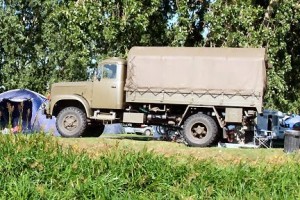 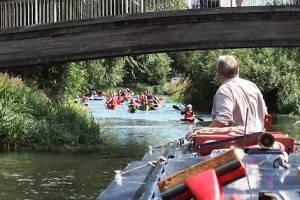 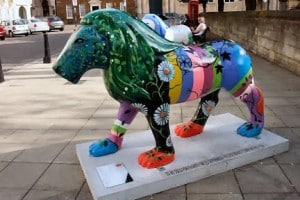 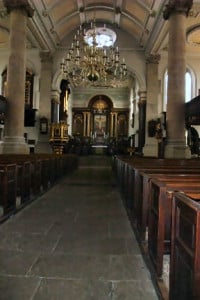 Sunday, 22nd August: Cogenhoe Lock to Northampton: 6  miles, 6 locks
Picture if you can those scenes of a great ship’s homecoming, passing the Isle of Wight maybe, the ship shepherded by tiny craft towards her berth – now hold that scene in your mind until the next paragraph. Despite no need for an early start (since there was to be only a short distance today) the Captain could not resist setting off towards the blue sky, blue water and warm sunshine. The crew from the cruiser beside us were in high hopes of some good fishing and a BBQ not cooked under a deluge. The water was flat, mirror-like, reflecting the trees and occasional cloud. We came soon to Billing, a huge holiday area. Children were feeding the swans while parents were opening up tents and shaking out bedding. Flags flew, classic cars were parked around a central arena, bouncy castles and fast food stalls indicated an Event – but what? Enquiries drew the answer the Balloon Festival (although there was a notable shortage of balloons yesterday and one only sighted today) linked with a Classic Vehicles Show. We had been puzzled last night by the strong blue searchlight swinging across and scarring the sky, apparently a fairground feature. On we cruised, early morning chores at the Northampton Boat Club: a man washing up (“Don’t photograph me”), another applying muscle and mop to chalet windows. At Clifford Hill an ancient stone records the river as an eighteenth century navigation. Then a wide stretch, rowers singly, pairs, fours, their coach bellowing instruction into a megaphone. To the Northampton Washlands – through the gap into the defended territory, defended that is in time of flood when automatic gates, lights and klaxon horns warn all craft to stop.
Return now to the scene of little boats bobbing around the gracious vessel. Through the Abington Barrage Gate surged canoes, more and more, an expeditionary force, chasing us, squeezing onto portage points and pontoon. We wound and pushed; they lifted and carried. Canoes to the right, canoes to the left. On went the slow procession, one large narrow boat, twenty five tiny plastic floatmobiles. Experts, novices, families, kayaks and Canadians.  Again the winding, pushing, lifting, carrying. Our procession made its way until the weir where they paddled back to the Watersports Centre. If we were to think our arrival at Northampton Lock would then go unobserved, not so. Families gazed at progress through the lock, a running commentary provided in Polish and Dutch.
Journey’s end for today came at the Yellow Bridge, to allow for a restock and to prepare for 17 locks tomorrow.
Never able to resist a late afternoon amble I wandered off the riverside towards the town. First impression: difference.  Morrisons architecture, Dunnes Store, both unfamiliar businesses. Flowers decorated roadway railings and street pillars. Shortly the street rose towards the Derngate Theatre, the Guildhall, the Museum, the Sessions Court, the neo-classical parish church all subtantial ornamented buildings. And then I met a lion, then another, and another … probably twelve in all, positioned around the central area, all painted differently, to be auctioned for local charities on September 23rd.  By car we’ve raced round the ring road and fought heavy traffic but gained no impression of this more elegant part of the town. Thank goodness for a quiet sunny Sunday afternoon stroll…
Farewell to the River Nene: after 300 metres we will be back on the canal system.