From Perches to Purchases 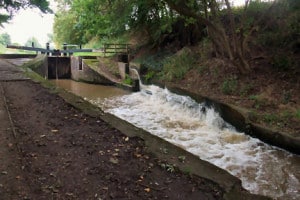 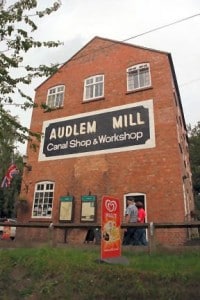 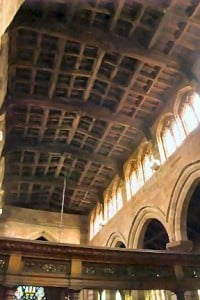 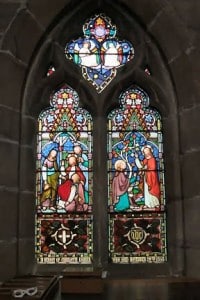 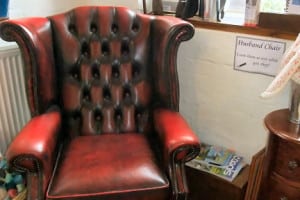 Saturday 4th September: Market Drayton (Shropshire) to Audlem (Cheshire): 6 miles, 16 locks
The Captain had walked into Market Drayton to buy milk and a paper this morning; he came back with the same impression as mine yesterday. “What a sad looking town.” Meanwhile I had read e-mails and taken a shower.  But after the Captain’s return, without a word of information (let alone negotiation), the engine was urged into life. When eventually I queried this unilateral decision he played the Chief Engineer card, proclaiming that when a woman has a shower she wants to use a hairdryer, hairdryers require ergs and ergs need power …This Boatwif does not like to be out-talked by such techno speak.
Once away from the town moorings and moored boats the countryside became more open: slopes and hollows could be seen, even briefly the faint shadow of a ridge of hills to the north-west. Perched confidently on the gunnels of an approaching boat was a beautiful tortoiseshell cat. Perched above the engine hatch of the same boat was a small dog. A little later two tiny fan-tailed green-feathered birds darted about above our boat, one momentarily perching on the handrail of the roof. Within three miles we came to the five Adderley Locks, and perched at the Top Lock was a surprising array of produce to buy: loaves of bread, cup cakes, large cakes, eggs, tarts and fruit. A pink money tin was locked onto the table. Who could resist a couple of cupcakes and some inviting-looking peaches.
A mile and a half after the flight had been completed we came to Audlem Locks, fifteen in all, although we paused after the first eleven. For me these locks will forever be “Haydn’s Locks”. The youngest of the Californian Three had made a surprise early arrival (in far away San Diego), the event  announced to us just an hour before we walked beside the flight for the first time one Saturday in March. The locks are mainly close together, each with their trademark grey not black painted gates. There was a lot of activity, a succession of boats coming towards us, sufficient for the Captain to refine his Beardy stats: 8 beards to 6 clean-shaven, does that make for about 55%?!
Canal fans in the north will know of Audlem: its impressive flight of locks, the Shroppie Fly pub with crane on the wharf, the huge Audlem Mill a draw for canalia and needlework enthusiasts. We pottered into the village; a few shops, a retained fire station, a Boots clad in fifties shop front style, a traditional sweetshop, shelves lined with huge glass bottles and a large sandstone church upon a mound. Mounted on a stone slab was a huge millstone, underneath it a Millennium time capsule in a stainless steel canister. Just round the corner, beyond the Buttercross another stone, the Bear Stone, a huge uneven granite boulder. A lady on a return visit to her childhood village described how on that same stone she would perch, distressed at the bear-baiting stories.  The church was open, a cared-for place, sympathetic modern internal porch, a beautiful glazed partition to separate the lady chapel, Victorian stained glass windows and a remarkable Tudor roof.
Time then to return to the canal and to Audlem Mill, time to browse over two floors of books and cards, gifts and needlecraft. The Captain had no inclination to use the upstairs facility, that is to perch in the deep leather husband’s chair. The mill lady is contentment itself, living on the top floor, teaching crafts on the middle floor, running the shop on the ground floor. In January and part of February she and husband go to the Red Sea – and then return for winter-boating, even ice-breaking, on the canals. It was no great disappointment that I was left unsupervised to wander (and to make just one or two tiny purchases…)  After all, there was a boat further along the towpath that needed some paint and some polish…
A further northwards meander tomorrow, gearing our cruising to be at Church Minshull, about six hours further on from here, by Tuesday.