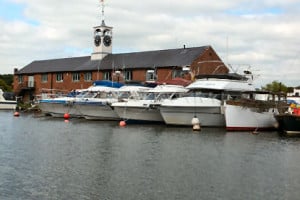 to find the signpost 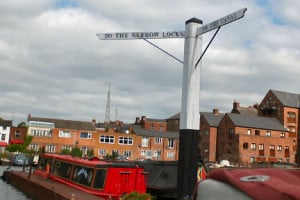 that directs you to the narrow locks…

Then you need to check that no other boat is about to ascend from the river level (four locks down).

Then you ensure there is water in the top of the staircase lock, lock down, proceed into the bottom lock and descend.

Next  comes an awkward bit – getting across a short stretch of open water into lock 3 whose angle is slightly offset from the previous one. 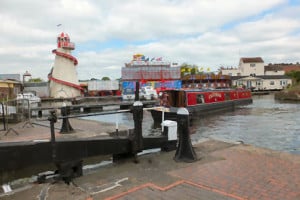 All would be well (probably) in calm conditions but when a spiteful little breeze starts up the boat will go where the helm would prefer it not to go… (Note for previous crew members: the “clocks” are no longer on board but there was a “three clocker” arrival at lock three).

Down then into lock four, down to the river, the water level low. 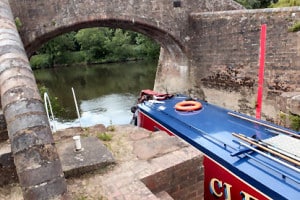 Techno Son-in-Law, who has legs that go up to heaven, would have no trouble in clambering back onto the boat at this point but for shorter souls like Boatwif some leg extending gymnastics is required… Yes, there is a pontoon outside the lock for lock crews but part of it was occupied by a flimsy looking cruiser.

Downstream then, past rocky cliffs 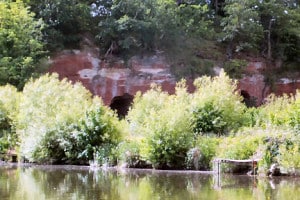 and a large houseboat,

not far at all to Lincomb Lock. “Watch out for a Very Large Vessel,” called the lock keeper. “It’s coming up towards you.”

There it was, the Edward Elgar, a holiday river cruising boat. 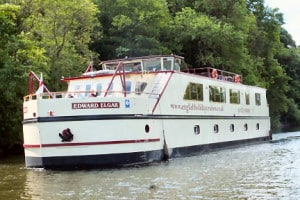 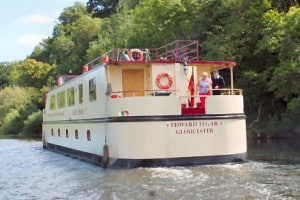 (Came across Edward Elgar in person, well in stone, later on, a fine statue close to Worcester Cathedral). 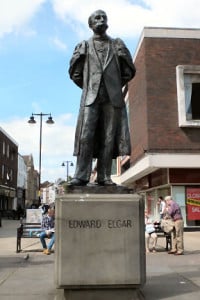 Alongside the Severn there are charming houses to be seen, 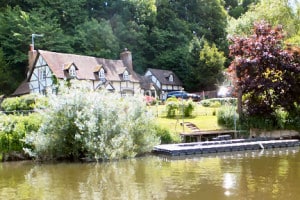 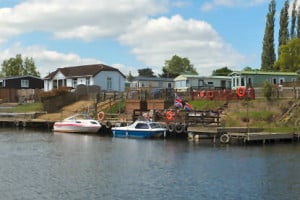 properties with verandas and viewing terraces and banks lined by trees.

There were few other boats: just a single kayaker, a couple of narrow boats and a school group in Canadian canoes in Holt’s lock cut. 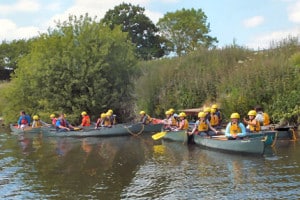 This was the Severn in summery mood, the water sometimes slightly rippled, sometimes smooth and flat. 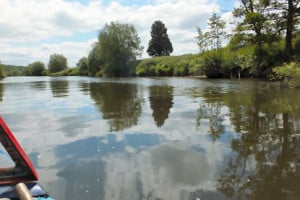 Clouds reflected on the surface while sunlight sparkled in front of the bow which carved a clean path through the water. 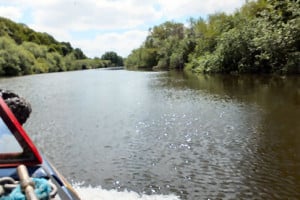 Two years ago Cleddau and crew took a left here 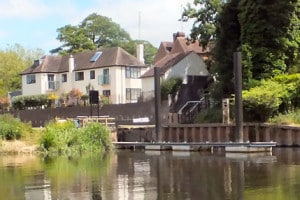 and headed up the newly restored Droitwich Barge Canal . On Wednesday, though, the voyage was continuing south, through one more manned lock, to Worcester.

Here the river seems wider, the riverside properties larger and higher. Alongside the Race Course and just past the Canoe Club there is plenty of mooring. There’s a mooring fee – payable at the car park meter about 100 metres away.

For evening entertainment this mooring could not be bettered: rowers in all sorts of combinations, singles, pairs, eights, 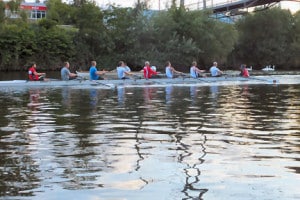 kayakers, swans – and the dragon boats. 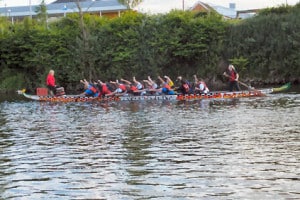 What a voice, what authority this instructor on the back of the dragon boat had… 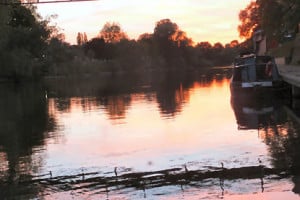 The target on Thursday was no great distance, just downstream to Diglis Basin, up through two broad locks, a complete fill of the water tank and one further (narrow) lock to moor beside the Commandery.   .

Along the river Cleddau came, the mass of the Cathedral growing and growing. 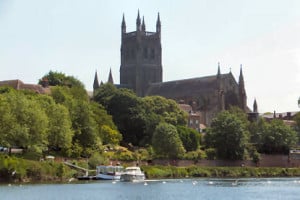 On a terrace below it a small group of King’s School pupils waved and called. “Hello. Hello. Give us a peep on your horn…” 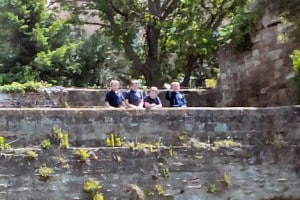 Further along another group 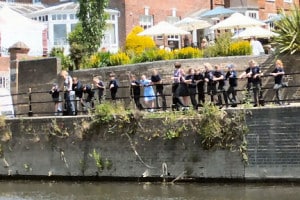 called out too and waved energetically. “Hello, hello, Hello!” It was a good welcome.

(Question: Why Worcester? Answer: The Worcester and Birmingham Canal’s Bicentennial is being marked this weekend at a canal side festival).

On a bit further, past a pretty terrace of houses. 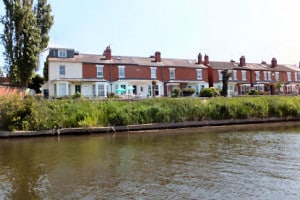 Are these in a flood risk zone?

Then came the sharp left turn into Diglis Basin 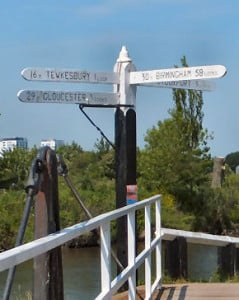 and the slow rise to canal level. Modern waterside apartments line the way almost until the Commandery, 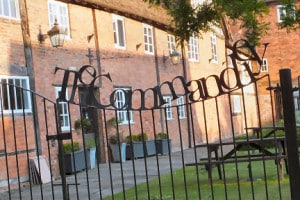 where at the bridge over the canal you could miss this plaque,

although the sculpture is more obvious.

There was no Civil War on board Cleddau on Thursday night – but an emergency had the crew out of bed well before dawn…   More on that next time.