In Line of Sight

Cleddau and crew cruised out of Lincoln on Thursday afternoon to a delightful mooring pontoon at Washingborough. The moorings are beside the Water Rail Way, a walking and cycle path that shadows the river bank the 30 odd miles from Lincoln to Boston.

Tentatrice left the next morning,

crew prepared for all weathers, while Boatwif went in search of a post box in Washingborough village. .

Poppies and a dove of peace outside the church wall were a colourful sight on a gloomy morning.

The church was open and the verger, about to leave the building,  turned all the lights back on. Beautiful colours shone from the East Window; figures behind the altar were clear and well defined, painted, it was said, by soldiers billeted at the rectory during the first World War. 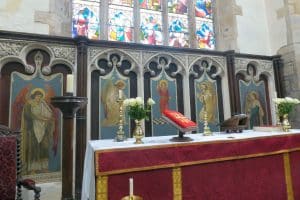 The ancient font dates back to the 1100s. 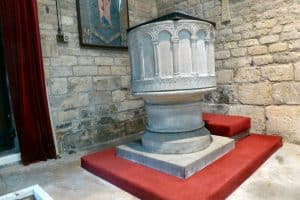 Onwards then, leaving a new arrival on the pontoon, a familiar boat,

Would there be space on the Fiskerton Fen pontoon? Straight is the way along the river, under the one lonely structure that is Five Mile Bridge, 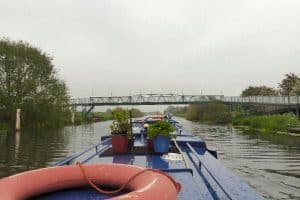 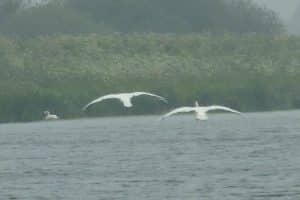 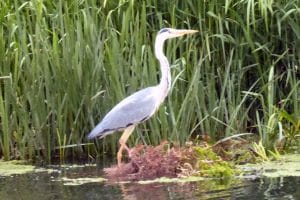 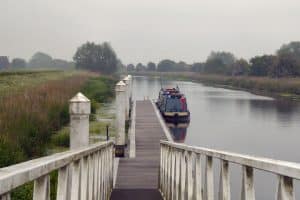 sat alongside a nature reserve . 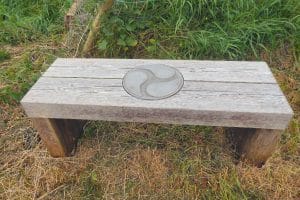 It was a balmy summer weekend: occasionally keen bird watchers could be seen on the river bank, binoculars clasped in their hands, cameras on straps around their necks. A cuckoo, a cockerel, a quartet of geese coming in low to rest in the reeds, a dusk chorus of birds and creatures singing and snuffling – this is fenland country.

“Have you been for your eggs yet?” came a message from Techno Son-in-Law. This place is almost a second home to him, birds and bats aplenty on the reserve and close friends at Ferry Hill Farm. 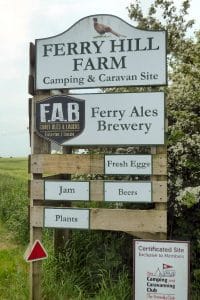 He has watched and techno supported the growing Ferry Ales Brewery. When there is produce for sale out on the fens why not go on a shopping mission…? “Come up from the river,” Cheshire Mum advised by mobile phone, “look straight up and there is the farm.” 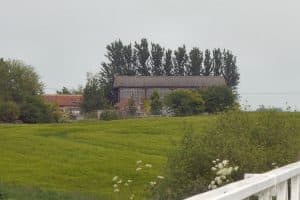 So, over the dyke, across the ditch, a walk around the field of barley 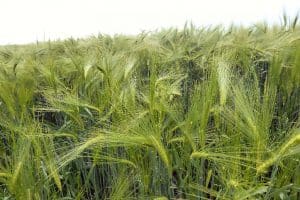 – and a triumphant return with beer 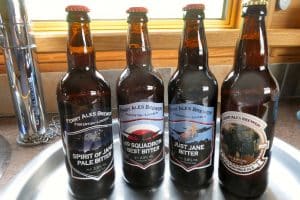 It was a Graftonite weekend: university friends and offspring various had gathered as happy campers at the Farm. “We’re planning a trip this afternoon,” said the Ferry Ales Brewer. “Room in the cars if you want to come…”

A few hours later three car loads containing 6 children and 9 adults spilled out at what had been fields on Canwick Hill. The International Bomber Command Centre in Lincoln  had its official opening only last month. 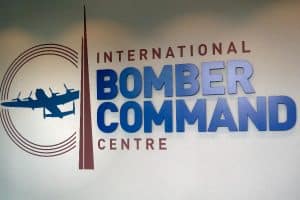 It’s an inspiring and moving place, Recognition, Remembrance and Reconciliation 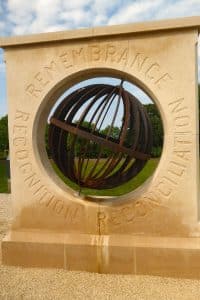 being the three tenets that have inspired the vision and design of the site. The key feature is the enormous, impressive Memorial Spire, 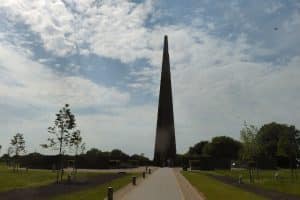 positioned on high ground on the opposite side of the city from Lincoln Cathedral. For returning bomber crews in World War 2 the sight of the Cathedral gave them a strong visual fix on their position.

Lincolnshire people are enormously proud of this Centre: the planting up of the Peace Gardens was hugely delayed due to the harsh winter. An appeal for volunteer help for three days planting work over the Easter weekend brought in 80 volunteers – and the job was completed by 1130 on the first morning!

So how did the International Bomber Command Centre come about? The driving force was one Tony Worth, a Lincolnshire farmer and former Lord Lieutenant of the county.

The site’s design is hugely symbolic: 5 plaques at the entrance to the gardens recognise the contributions paid by aircrew from all continents, North and South America, 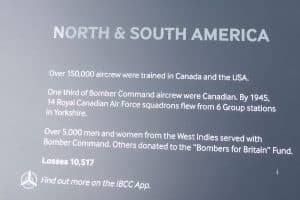 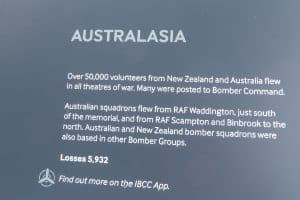 Europe and Africa.  From the Chadwick Centre 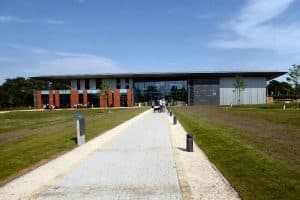 (the building which contains an exhibition, archives, shop and café) a Ribbon of Remembrance made of stone plaques records engraved names of bomber crews who have lost their lives. 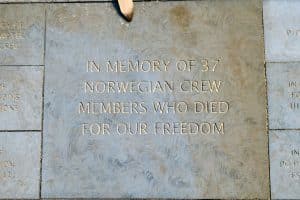 In wartime there were 27 airfields belonging to 1 Group and 5 Group in Lincolnshire – and 27 carefully positioned lime trees represent the location of each of these fields. 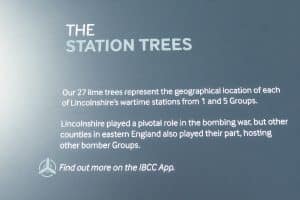 Each lime tree plaque names a Lincolnshire airfield, lists the squadrons that flew from there – and numbers the losses of personnel.

How sobering it is, but how right that the sacrifice made by many thousands of airmen should be so recognised and honoured.

The Memorial Spire has been in place for coming on three years now. 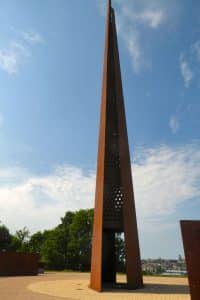 It is 102 feet in height, exactly the same as the wingspan of an Avro Lancaster aircraft. Its base is 16 feet in diameter, the width of a Lancaster wing, at the point where it joins the fuselage.

Around the Spire are steel Memorial Walls, 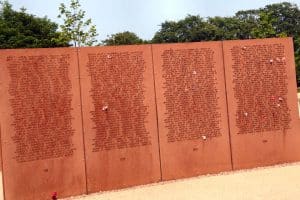 where are listed all the names of those in Bomber Command who died in service to their country. 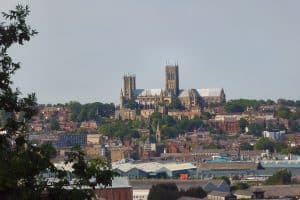 – and reinforces the significance of the Bomber Centre’s location.

It was a relatively short visit; it will be good to return, to see the site mature and to spend time in the exhibitions. (Entry is free to the grounds and into the Chadwick Centre, but charges are made to the exhibitions).

Back on the boat in the evening light the straight parallel lines of the river, the bank and the drain are distinctive. 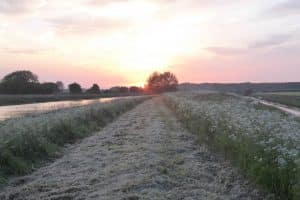 And, in the distance some ten or so miles west sits the Cathedral, prominent still, even in the fading light. 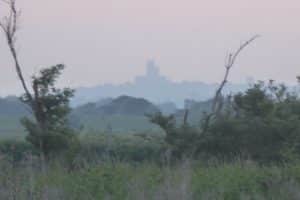 Next time, a little bit of help when wandering on down the Witham…

Distance and locks remaining to Bedford from Fiskerton Fen, near Lincoln: 139 miles, 18 locks