Looking on the bright side

Liverpool – upbeat, lively, self-mocking, positive:  that’s the impression gained of Liverpool three years ago – it’s an impression that has not changed.

There is much to see – the skyline, the varying shapes and styles of buildings, 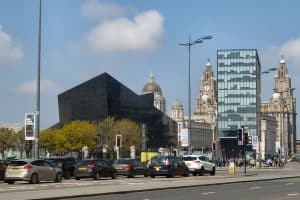 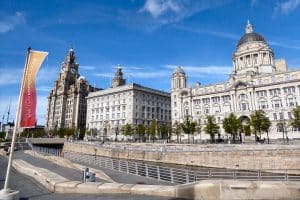 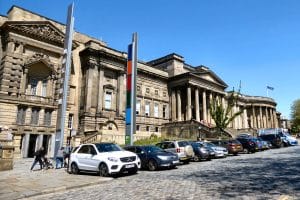 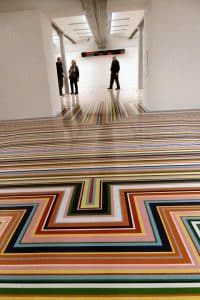 Yet often it is the incidental remark or chance sighting that sticks in the memory.

On the first day as floating residents in Salthouse Dock the Captain and Boatwif made their way (again) to the Maritime Museum in the Albert Dock. 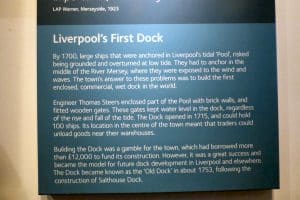 Hadn’t there been a tour from the museum in 2016 to the underground Old Dock, available only on certain days…? Yes. Booked on for Monday afternoon (free tour) a group gathered around the tour guides Danny and Yazz and progressed across the road to a narrow plaza. Here the lightly dancing fountains were explained as tidal heights, 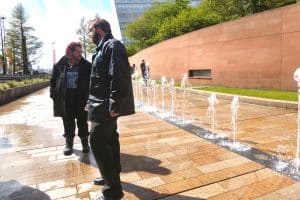 as charted over 29 years by one William Hutchinson. 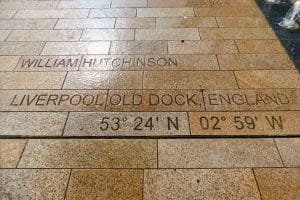 The darker lines in the paving delineates the original coastline and edge of the Old Dock wall. Then the tour group entered Liverpool One’s car park to go below and to see for their own eyes “Liverpool’s greatest wonder”. 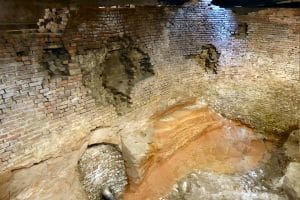 “This is the second time we’ve do this tour,” Boatwif commented afterwards to Danny after the underground session.

“That’s grea’,” said Danny, using two digits to mark the number, “And if you come an’ do it a thir’ time – you’ll be (taking a breath and raising a third finger) a Groupie.”  Often conversation with locals ends in such lighthearted humour.

It was a Bank Holiday Monday and the street area had felt busy. A line of people had seemed to be gathering, though for what purpose wasn’t known. On return to the surface the crowds seemed bigger, crush barriers keeping spectators back – back from what? 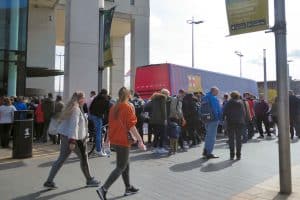 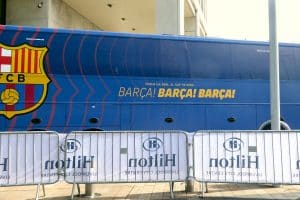 You might remember how that turned out… all day Tuesday the streets resonated with the sound of football fans’ overnight cases being trundled over setts and pavements. Spanish lingo was in the air and then late afternoon the atmosphere became electric. Red scarfs were very apparent. The singing from Liverpool fans swelled across the city. The crowds outside the Barcelona team hotel magnified: there was the team coach again and escort vehicles. Police were shepherding crowds off the busy road onto the safety of the pavements.

The Captain and Boatwif walked on by, heading about a mile uphill to the Everyman Theatre, bemused at the status and importance given to a ball-kicking game.  Was it true – or coincidental – that the Everyman Theatre performance for Tuesday evening cancelled at short notice was due to cast illness and no understudies being available?. The theatre bistro was closing too – a well-meaning offer of free coffee and a slice of cake didn’t really appeal. Back out on Hope Street at 6pm the crew considered their options – and while considering along the street bowled a couple of taxis, occupants obviously flying the scarf and shouting the chant for their home team. Next came a large sleek coach with blacked out windows – and then it dawned, this was the Liverpool FC team heading out to Anfield. Both rival team coaches spotted on that same momentous day!

Down the hill the crew strolled, the city streets quietening by then. What to do? On Tuesday evening, while the fans and the city populace were engrossed in the Euro semi-final match, customer footfall in the many Albert Dock restaurants was low. A meal at a Cuban restaurant ended before the end of the match. Though cheers and singing could be heard later boaters were safe below street level and behind padlocked gates. All that full-on singing and crowd support must have been a factor in the home team’s wonderful end result…

Wednesday was marked by wide grins on faces, a “Yes, I was there” from a rather weary looking worker in the street – and a proud handwritten notice stuck on an office window. 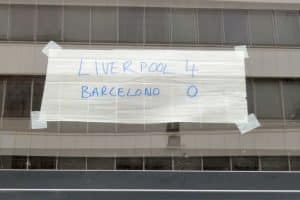 Despite the grey skies and frequent rain (!) Liverpool for the tourist is bright and free. Here’s the Liverpool Mountain outside the Tate Modern in Albert Dock. 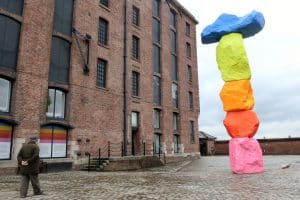 Out on the water is Snowdrop, the ferry painted in dazzle pattering, a World War 1 tactic to confuse the enemy. 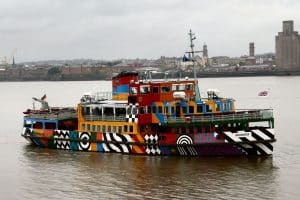 Round near the Arena (now the M&S Bank Arena) is a series of large hoardings;

Britain from the Air displays over a hundred spectacular photographs of well known (and some not so well known) British locations. 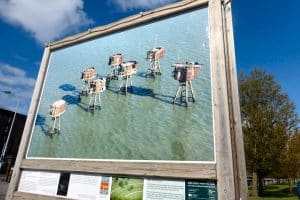 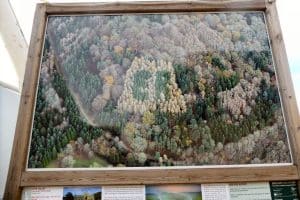 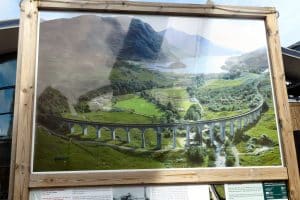 The Fab Four of course attract the crowds (a new Imagine Peace exhibition in the Museum of Liverpool curated by Yoko Ono makes reference to the 1960s Beatles hysteria). 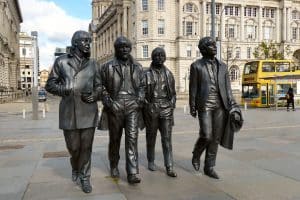 “Look up, look up,” a much-travelled friend has often advised. From Liverpool One was spotted a golden dome (formerly the Royal Insurance Building, now a hotel). 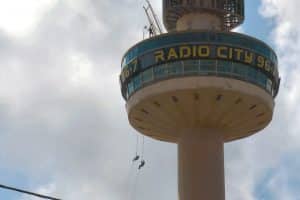 There’s a sleek new black building on Pier Head near the Museum of Liverpool. In the vast open foyer space is Permutations – locker-like exhibits which can be entered and from which violin music can be heard. 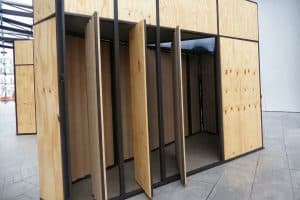 So, Liverpool is a continuing sensory feast, whether looking at the physical environment (the Mersey at low tide) 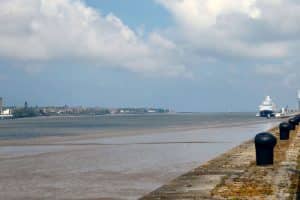 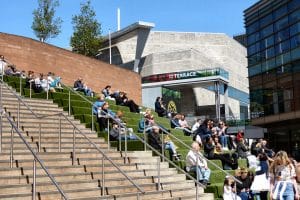 or pondering a sculpture’s significance… 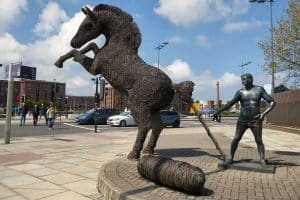 Next time: Would it be third time lucky…?