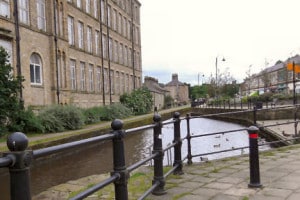 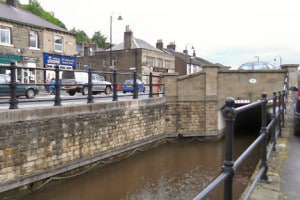 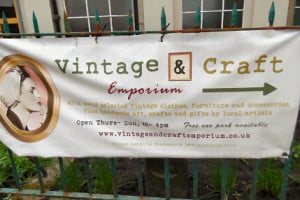 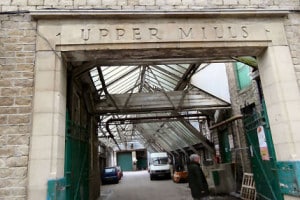 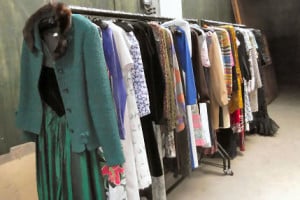 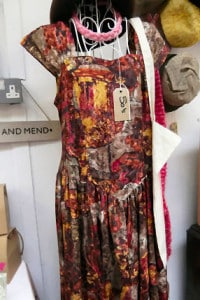 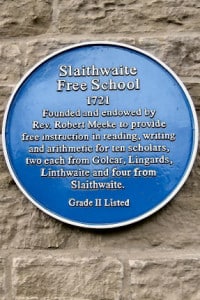 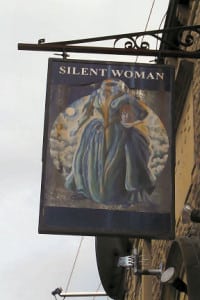 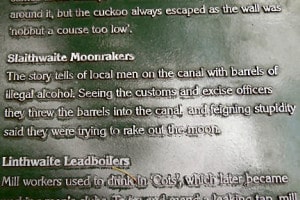 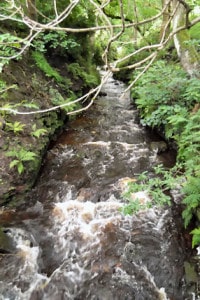 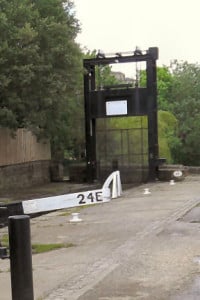 Top news story this morning was the flooding in parts of Lancashire and West Yorkshire, “five inches of rain in some areas, a month’s worth of rain in twenty four hours…”  Yep, it certainly rained!  Some time after dawn a great quietness woke the Cleddau crew – the rain no longer drumming on the cabin roof.

Would the towpath still be largely under water? Would the water levels in the canal still be high?  Yes to the first question but no to the second…

Time was needed for filling the water tank, organising a laundry load, sweeping the floor, mopping out the engine room and so it was mid-morning before a stroll through Slaithwaite could be taken. Now Boatwif could appreciate the canal down the main street. During the downhill arrival (about ten days ago) her attention had been on navigating the boat safely along the deep low channel – and in avoiding the head-crushingly low bridges. Now the cottages between the mill buildings on canal side and the shops on the street side could be seen.

A slow walk along past Locks 22 and 23 – after all the boat didn’t have to move further on today, did it… A sign outside the mill advertised the Vintage & Craft Emporium. Why not take a look? Between two buildings and across a yard the sign pointed.  There, in the most unlikely of places, was an array of vintage clothing, crockery, hats, haberdashery and crafted gifts. Dresses sported period labels (50s), acrylic brooches and buttons were lovingly displayed.  In such a place you gasp at the recognition of items from a long forgotten past!

The stroll continued. Just past the mill is Lock 24E, its tall guillotine gate striking terror into the heart of any sensitive soul or weak muscled crew. A boat was in the lock, its lock side crew arthritic, exhausted, aided by a walking stick. “120 turns here,” stated the Captain, from memory. “Let me do it.” And that perhaps was the last major activity of the Captain’s day! Some shopping, some strolling, some photo shooting, one or two light boat tasks.

Boatwif took another stroll later, just to gain a few more impressions of this place. Step back, or uphill, from the main street and the housing has a certain gritty feel, terraced houses for mill workers, a high viaduct for the railway line. Young people, whenever seen, had a tendency for luridly coloured hair.  There’s a “valley” identity here: a plaque above a doorway explained the meeting place of the Colne Valley Male Voice Choir; the charming owner of the antiques shop described her customers as from a ten mile radius up and down the valley, a children’s story book was illustrated by pupils from a valley infants school.  At about 4.30 something ended – or started – when across the street surged a couple of dozen men, heading for the canal side cafe. Down the hill, more noisily, tramped another few dozen folk, mostly men, to lurk at the door of the pub the others had left. What strange sporting or other ritual was this? But no-one was bothered by Boatwif anonymously creeping through the crowd.

After the storms and traumas of the past few days all is still now. There is rain in the air, another heavy amount due. On the front deck, toes turned away from the cabin, skulk Boat Boots, depressed in their cracked and sodden state, used and abused by Boatwif, mistaken over two consecutive days for Wellington boots. Is it to be RIP for these loyal boots after two decades and hundreds of miles of faithful service…