Cleddau and crew might be on an extended cruise but ordinary life has to go on – hence a need for an open Post Office on Monday morning.  It took a 25 minute towpath walk back from Tixall Wide to Great Haywood, where the Post Office is in the mini-market. Here was a surprise – it’s open between 0600 and 1945 each day (until 1900 on Tuesdays). Birthday card to Cal Son safely mailed to California it was time to leave the broad expanse of water 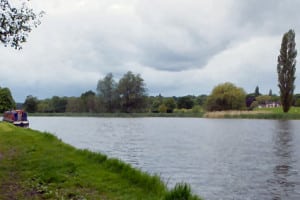 and head a mile or so further on to Tixall Lock. 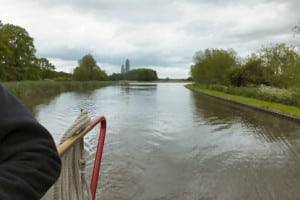 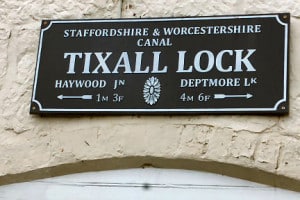 Heavy rain squalls (the first of many) hadn’t deterred a group of walkers.

“A Health Walk?” enquired Boatwif, thinking of her Wednesday mornings back in Bedfordshire.

Off they went, all zipped and hooded up. 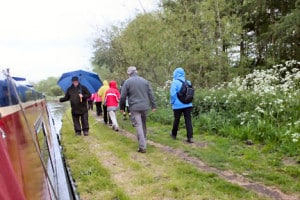 The canal’s route is quiet, rural, disturbed occasionally by the nearby train line. 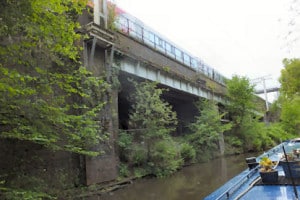 There’s an aqueduct over the River Sow, 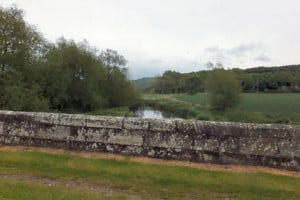 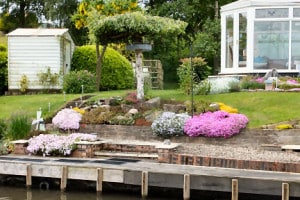 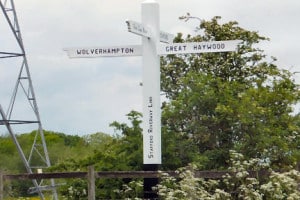 indicating where once a waterway connected the canal to Stafford. Though the county town is nearby the canal does not feel as if it’s in an urban environment. 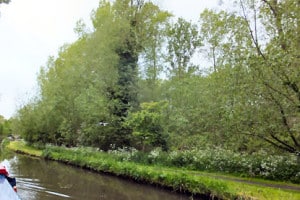 On past the lovely park (it was being redeveloped when last here in 2011), 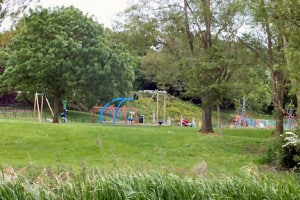 past the very attractive site of Stafford Boat Club 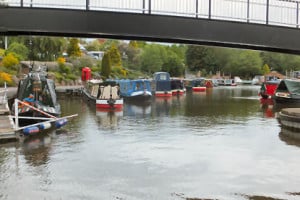 with lock gates set in the grounds, 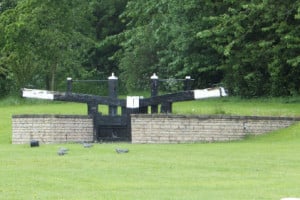 eventually to Deptmore Lock. Here a C&RT (Canal and River Trust) tug shunted a dumb barge into the lock. 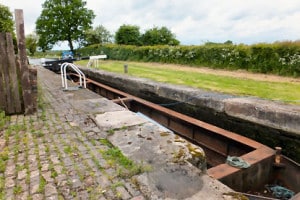 The water level was dropped and the crew of two, in a slick operation, 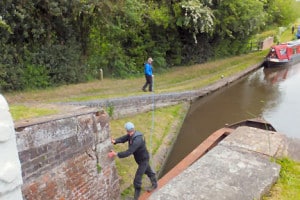 wordlessly hauled and “walked” the barge out of the chamber.

Folk round here must like a smile: there are tiny ornaments half hidden behind plants and in nooks and crannies, 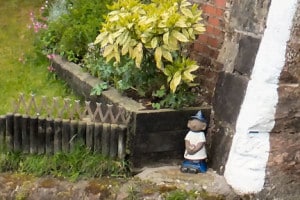 there were scarecrows at Acton Trussell 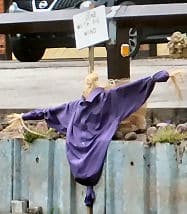 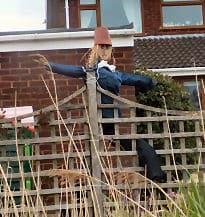 and a boat whose owner is certifiable… 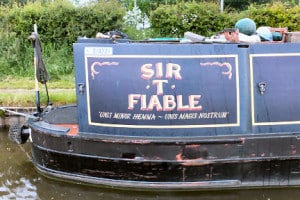 Rain squalls; wind gusts; cold temperatures: this was 1st June, “the beginning of meteorological summer” according to the weather forecasters … Smuggled on board last week (only in case of truly unseasonal weather of course) were Boatwif’s snow mitts and warm winter cap. 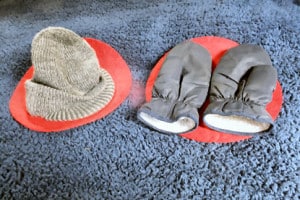 Readers – a confession: when fingers just would not thaw inside the usual gloves the mitts and cap were deployed!

Tied up at Penkridge opposite yet more park homes by 3.30pm on 1st June, 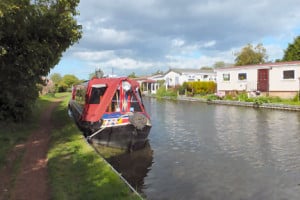 the fire was lit again within the hour…

With winds forecast to reach 40+ mph on Tuesday the decision to stay safe and to stay moored in Penkridge was made. There were jobs to be done: those with an interest and a stomach for such matters will recognise that the Captain was on emptying duty, 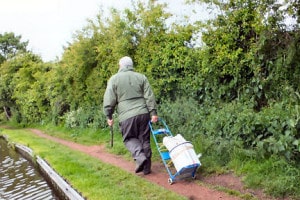 solids in the larger cylinder, liquids in the smaller hemisphere-shaped container. 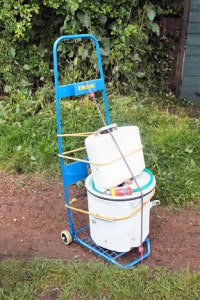 After a shopping wander through Penkridge (bacon for the oatcakes) there was a “Why is it always so difficult to cross the road here?” moment. 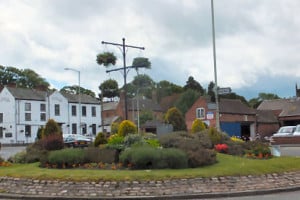 Penkridge is both village and a commuter town. 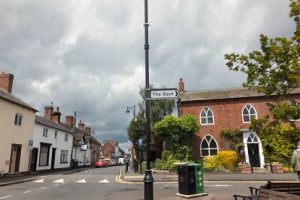 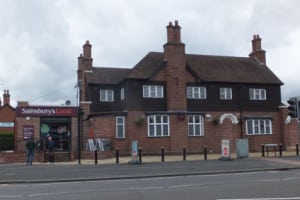 At midday workers and pupils were in a queue out over the pavement at the bakery and cars bowled through the place on the A449 Newport (South Wales) to Stafford route.

Back on Cleddau there was an afternoon session spent in the galley: Boat Cake (aka Toss-In-Together-Cake) 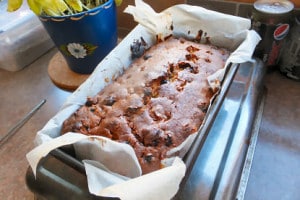 and Gooseberry Crumble (thanks again, Angela). 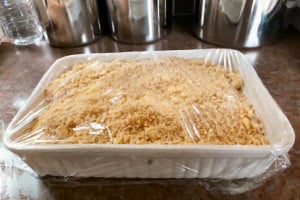 The high winds seem to have blown themselves out and tomorrow (Wednesday) Cleddau will continue to Gailey – or a bit further.