Swanning about in South Staffordshire

With Cleddau’s winter mooring period at Aston Marina coming to an end the exit had to be planned.

First, what to do about the car…? With permission granted to leave it up at Victoria Pit in north Cheshire there was the business to arrange of getting the crew back to south Staffordshire. Cheshire Mum came up with a solution. “One of us can drive you back on Saturday afternoon – it’s Open Morning at Macc Music Centre before that if you want to come…”

Friday (29th March)   then was the last opportunity to use four wheels and with the boat’s grocery cupboards topped up there was time for some local sightseeing. Very apparent from the Trent and Mersey Canal in South Staffs is the graceful line of the Cannock Chase hills.  A starting point at the Cannock Chase Visitor Centre involved discussion about uniform discrepancies:

RAF Hednesford was established as a basic training camp during World War 2 and nearby are two military cemeteries. The Commonwealth cemetery is the final resting place for New Zealand, British and some German servicemen. A number of deaths are recorded as December 1918, the time of the flu pandemic…

A five minute walk away is a German cemetery, set up in the 1960’s when Germans who died in Britain were reburied here.

It is a solemn and extremely moving place.

The Museum of Cannock Chase at Hednesford covers the area’s geology, collieries, military training camps, local industries, transport, social history and (here was a surprise) the history of toys.

It was a successful trip which satisfied at least partially a boater’s curiosity about “What’s up there?”

Saturday 30th March: Car drop off day. After an extra early alarm the Captain and Boatwif managed to drive away from Aston at 0830 and present themselves in Macclesfield just over an hour later. 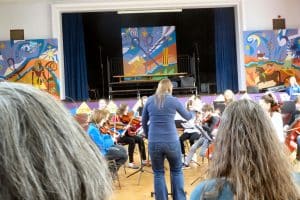 The Cheshire One had already played her clarinet in the Elementary Wind demonstration at 0900 and Cheshire Mum had had her 0800 saxophone lesson. There was a glug of tea in the canteen and entertainment by the Senior Choir before back in the Main Hall Cheshire Mum and Cheshire One played in Intermediate Wind Band.

The Macc Music Centre is a hugely successful organisation whereby as part of its charitable obligations the premises of an independent school are used throughout Saturday mornings for dozens of different musical groups, ensembles and tuition. It was a joy to see the players in the bands loving what they were doing, whether aged 10+ or 70+!

The organisation is 25 years old this year and a celebratory concert is to be held at a prestigious concert hall in Manchester in July.

Techno Son-in-Law took over car delivery duties, driving from Macclesfield to Higher Poynton and cycling back.

Back at Aston Marina later there was time to catch another bride (on site is a very successful wedding venue) and some rosy skies.

with the effect of a north west blow as departure time loomed.

Was it a smooth, an elegant getaway? Well, no! A slab-sided boat moving slowly into a broadside-on wind is not an easy to control beast… But no contact was made with any other boat, thankfully, and the boaters following Cleddau, resorted to a hefty barge pole to gain release from their pinned position against the bank, also managing to escape the marina.

Cleddau was headed south, about a four hour, three locks trip to revel in the scenic glories of Tixall Wide. Cold and windy the trip was but the rewards were plentiful – airborne swans, 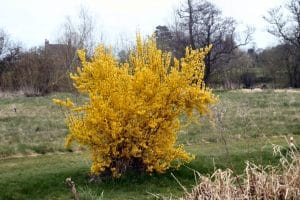 stunning views. Down on the Wide

an adult swan, feathers fully fruffled up, drove off his younger rivals.

and here at Brindley Bank.

A fault on the Webasto central heating system (yes, again, but a different fault from last summer’s sagas) led to a cruising further south to Taft Bridge where multi-skilled boat engineer Dave Freeman repaired and rebuilt the unit.

There had been a few seriously chilly mornings and an absence of radiator heat on the port side of the boat – how welcome the repair was!

Onward then, from Taft Bridge, through Rugeley, to turn round at the first winding hole and then moor up on Brindley Bank Aqueduct moorings.

Fit for travel and distance now Cleddau headed north, back past the stunning views of Cannock Chase,

back up through pretty Colwich Lock (still, since 2008, referred to as the Physicist’s Lock)

past Great Haywood (another lock) and on up through Hoo Mill and Weston Locks. The wind blew, the air was decidedly cold and the rain extremely wet! A stretch of metal edging in the village of Weston became a good place to hunker down for the afternoon and evening. Did that four hour or so cruise on Thursday really take twice as long to recover from it?!

A shepherd in these parts was checking his flock: how the sheep chased at speed after his truck…

By midday Cleddau had passed Aston Marina and was at last further north than she’d been all winter, continuing, as it were, the 2018 homeward cruise. Here’s Aston Lock, newly reopened after brickwork repairs, the milepost sign indicating that this is the midpoint of the Trent and Mersey Canal.

There was a smart new extension on a canalside house at Little Stoke.

The next two miles involved four more locks and a familiar route through the interesting canal town of Stone. Now though there is a handy M&S Food Hall right below Star Lock and major earthworks are going on next to Joules Brewery. (No photos – camera and user had become separated).

Folk are friendly in these parts: a young family helped at Star Lock.  “I did this when I came here last time,” a young boy beamed. Then, at Yard Lock, a red-jacketed man paused, looked, spoke… “Curious name for a barge – Swords…” he said.

The Cleddau location was explained, and since only once before, with a man from North Wales, had there been a “Swords is Cleddau in Welsh” discussion, Boatwif presumed that this speaker too was from North Wales.

“No, Carmarthenshire,” was the reply, “PROPER Wales…!” This then was NOT a Monkton Moment* – and it gave rise to thoughts of where or what is PROPER WALES…!