The Three Musketeers and the infamous bridge

(The River Nene: Irthlingborough to Thrapston)
On Sunday morning the Captain did a recce around the site behind the moorings at Irthlingborough. “There’s an event going on,” he reported. “They’ll never get in.”
However, guided by the Captain’s advice, the Three Musketeers 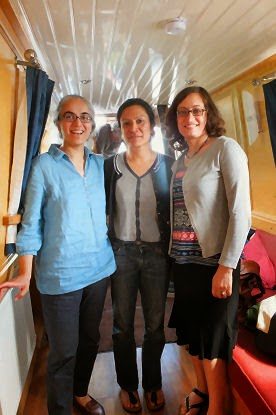 talked their way past the car boot sale stewards and duly arrived beside Cleddau. Gifts they brought – fresh fruit from a local market, saffron and a decorated vase from Kashmir.
The boat crews and the Three swapped latest adventures – but the Academic’s recent experience of buying a suitcase lock with no local currency and no Russian lingo in Kazakhstan took some topping…
Two have previous Cleddau experience, one had only seen films of narrow boats.  At midday, aided by the Musketeers 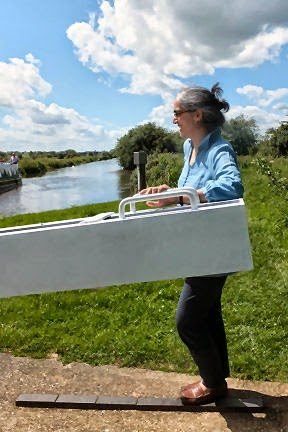 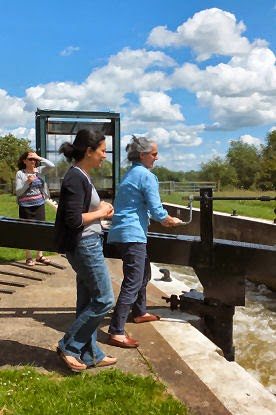 and local gongoozlers, Cleddau and Tentatrice dropped down through Higham Lock, leaving Irthlingborough for Thrapston.
In such glorious weather what possible concerns could there be?
Answer: the height clearance at the footbridge below Islip Lock.
First it had to be reached.
In bright sunshine, just by the outdoor activity centre, dogs were enjoying a swimming party. 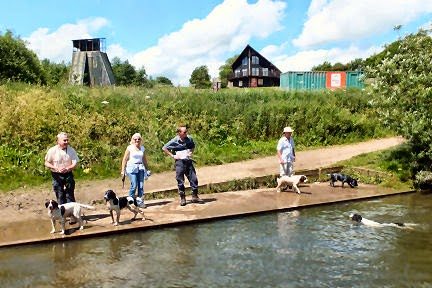 Then at Upper Ringstead Lock came another mental and physical challenge, a wheel to spin 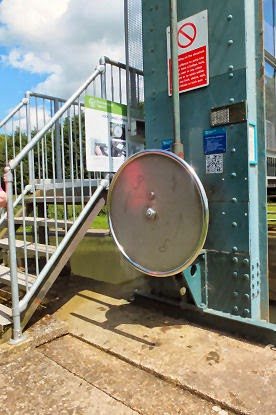 to raise and lower the bottom lock gate.
Throughout the cruise moored boats 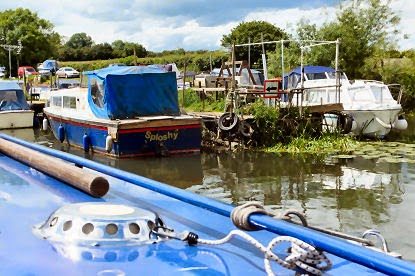 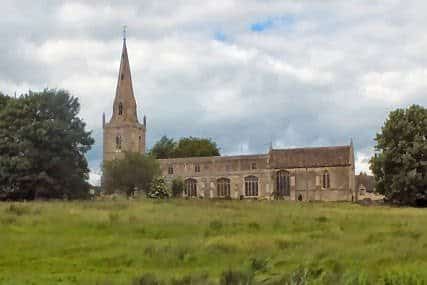 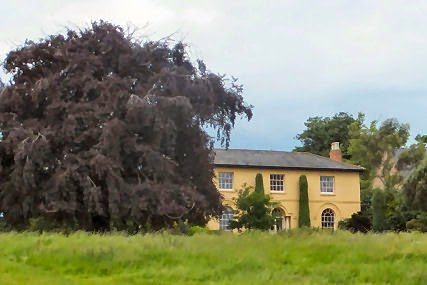 kept eyes alert and the helmsfolk busy. The river scenery around Woodford is a veritable feast… On the river weaves, 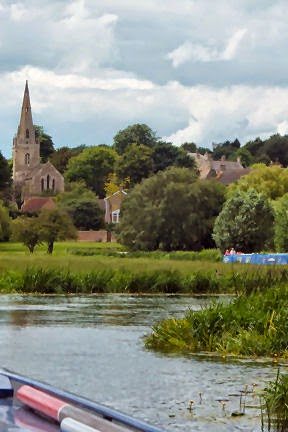 here closer still to a church, at Denford. 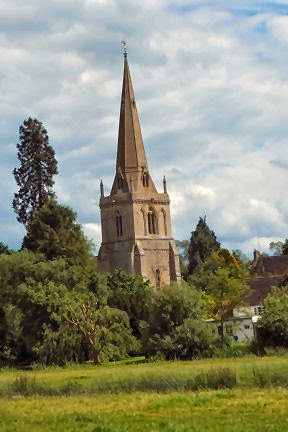 The issue of the footbridge grew ever closer. “Not much clearance under that bridge by Islip Lock,” an approaching boater called.
Measurements of boat heights had been carried out. Flattest roof profiles were required. Gangplanks and life rings, chimneys and cratches had been dismantled or relocated. (For the record: Cleddau was now 1.7m, Tentatrice now 1.85m).
Thrapston drew nearer. There was the A14;

if you live in England you’ll have heard of that road!
Boatwif was on watch for the EA mooring and water tap, shown on the maps to be just before the medieval town bridge. Fill up the water tanks was the theory, so as to keep the boats lower in the water. Excellent theory – though reaching the tap takes quite some manoeuvring. Will the good burghers of Thrapston be pursuing Cleddau’s owners for unauthorised damage to their bridge? 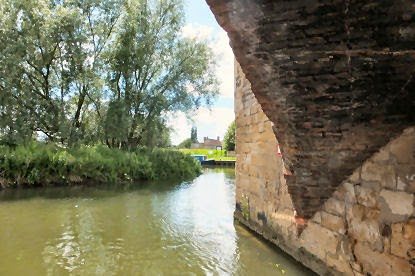 Anxiety levels were high in getting two boats into a tight watering space when the fast flow of the river was streaming under the bridge. Both boats were filled to their brims with water. Then, aided by her bow thruster, Tentatarice reversed out,

and stood off against the far bank.
Cleddau’s turn. The Captain poled furiously from the front, Boatwif revved and swung from the stern, the boat avoided further bridge collision and swung round upstream, there to wind and face downstream.
But now two boats were bearing down towards the bridge – Jasmine veered left towards the water point; Chatsworth hesitated, swung left, kissed the bridge side on – and continued left towards the tap.
Stick to the plan… the Captain swung Cleddau round, lined up for the medieval bridge arch, cruised under and swung left into safe water.
Tentatrice followed, her passage made more difficult by juvenile canoeists. A twist and a turn or two and there was Islip Lock. In mutual contemplation the Captains gazed downstream. Just round the corner stands the infamous metal footbridge.
The plan was fine-tuned. Boatwif was to finish off the lower lock gate and climb back down the lock ladder onto Tentatrice.  Cleddau, the lower boat, would leave the lock first, with only one crew member. If all was well Tentatrice would follow, Relief Mate, Boatwif and Monty the dog providing extra ballast on the front deck…!
Off went Cleddau, cruising under the slightly higher left hand side of the bridge. 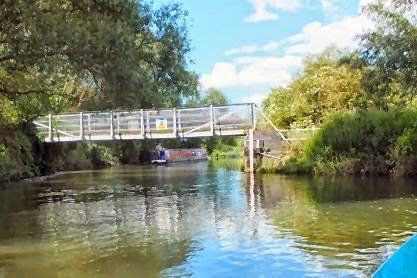 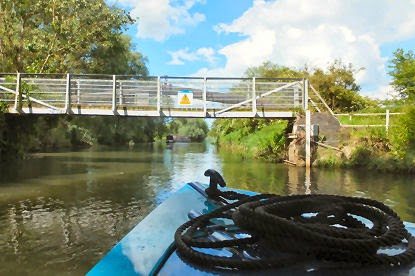 – and all was well.
A few hundred yards further on was the welcome sight of the Middle Nene Sailing Club and the excellent moorings alongside. 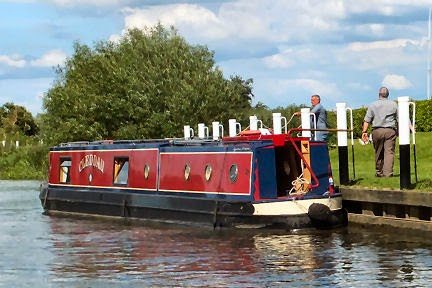 Rope up – repair the paintwork – re-arrange the roof equipment – get out the deckchairs –
make the Pimms – and sip, in relief and celebration! 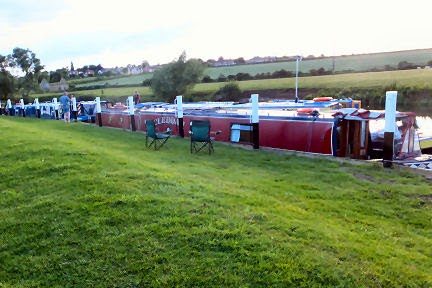