Three mills and a return to base 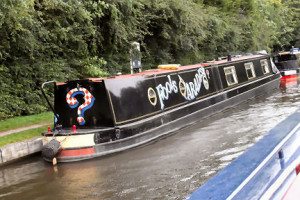 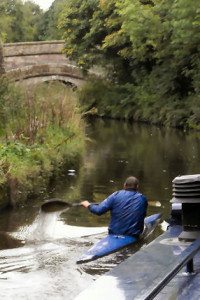 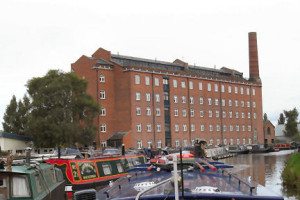 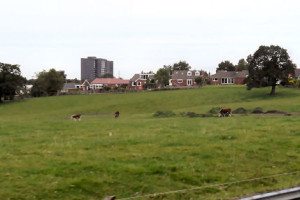 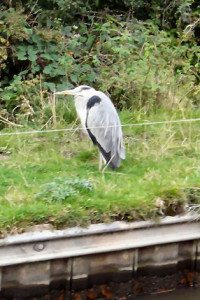 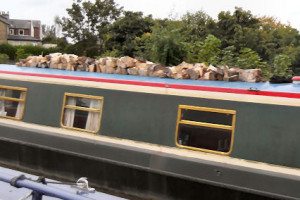 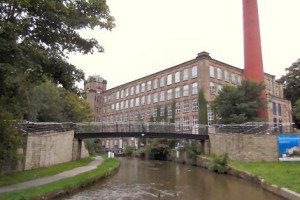 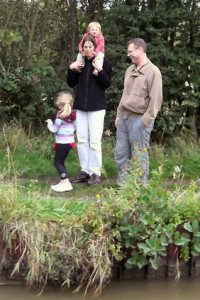 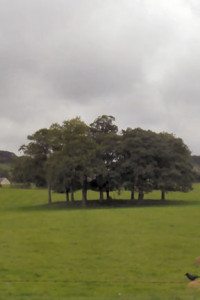 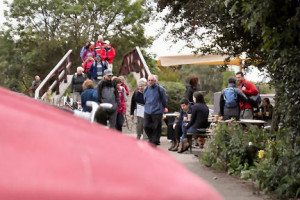 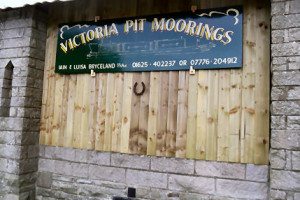 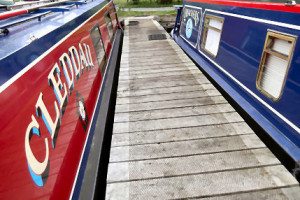 Warm sunshine on Saturday: chill wind on Sunday… Yet despite the much colder temperature* joggers, canoeists, cyclists, solitary walkers, anglers, family walking groups and a twenty strong Ramblers Association group were all tow path users today while at Poynton Recreation Ground footballers were playing hard. Perhaps hearing the Met Office forecasts for the coming week had driven folk outdoors for a last gasp of open air for a few days…

The final nine odd miles of “The Cheshire Ring” are pretty familiar: the open section towards Sutton delights, Macc Forest and Tegg’s Nose rising impressively to the right.

“Well, thank you very much,” replied Boatwif, taken by surprise, and irritated with herself that the more appropriate response of Diolch yn fawr didn’t occur sooner!

An unusual paint livery caught the eye: nb Fools Paradise?  A canoeist passed close to the boat – and a minute later shouted ”Hi”.  He was back, passing at speed, his paddles clunking on the rocks in the shallows close to the bank. High walls and greenery next on both sides for about half a mile before Macclesfield canal side housing appears. Then Mill 1: the Hovis Mill,  a striking looking building.  The canal curves along the contour and little is seen of the town itself. At Hurdsfield, a district on the northern edge of the town, cows were grazing on the pasture, there is an ugly sixties tower block, there are small houses with well-tended gardens that back onto the canal – and a heron masquerading as a teenager in a sulk. On past AstraZeneca to Kerridge, the hills higher now and into Bollington.

Mill 2: Adelphi Mill, once a cotton mill, now provides office space, industrial units and a gym.  Past Bollington Wharf, past the naked lady at the bottom of a garden on Grimshaw Lane (but isn’t she cold?), onto the aqueduct and there is Mill 3, Clarence Mill, a former cotton spinning mill, now reconfigured for apartments, offices and a cheery cafe.

“Are those boaters who are continuous cruisers moving into winter positions?” the Captain pondered. Roofs stacked with timber indicate winter preparation…

Further on two features attracted comment: near Lyme View a large house sits comfortably in its own grounds. Occasionally a helicopter (a Squirrel) sits in the paddock; today there were two helicopters, a Squirrel and a Hughes. “His and hers?” speculated the Captain – or maybe visitors had dropped in for lunch…  Not far away was another one of those circular copse of trees, planted in these parts to denote a disused mineshaft.

2 on the Cheshire Ring clock was reached early this afternoon. For the last time in 2012 Cleddau moored at Bailey’s Trading Post for refuelling – and then there was just the last couple of hundred yards to Victoria Pit Moorings where Cleddau was tied back up beside nb Quackers. Adventure over.

*Temperatures: 52F today (minus wind chill); in San Marcos, Southern California relief today, temperature down to 88F after a sequence of days between 102F and 107F.

If you’ve been a regular reader this is it for a while – except, except… there may be a one-off blog post early next week…