When you live a three hour drive away from your boat you can become concerned, indeed obsessed, by Jobs That Need To Be Done.

“When am I going to paint the gunwales?” the Captain had sighed. “Can we get the boat washed and polished before winter…?” he had pondered. 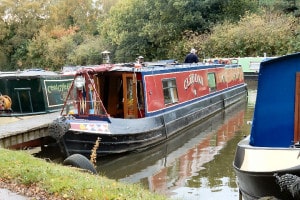 Opportunity knocked. The Cheshire One, delivered to Beds. for her half term break by train, needed to be returned mid-week. So, after a night in the Macclesfield loft and a disregard for weather forecasts of heavy showers, Cleddau’s regular crew drove 20 minutes further north.

There at her mooring on Thursday morning Cleddau lay, all but hidden under a cloak of fallen willow leaves.

In case of no return for several months the boat had been emptied of water. As a first task the hose pipe was connected to the water tap and within an hour (the tap delivering water at reasonable pressure) the tank was full.

To live on board requires water (TICK) and heat. The solid fuel fire was lit and soon warmth flowed through the boat (TICK).

Frantically then, before the rain came, the Captain embarked on his top priority job, sweeping clean, washing and when dry, painting the starboard side gunwale. It’s this area, below the cabin side, that takes the impact when mooring or manoeuvring. The paint used is an Andy Russell product, his quick drying satin-finish paint. Rain held off, and (TICK) by late afternoon the starboard side of the boat and the offside on the bow had freshly painted gunwales. 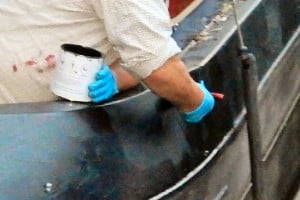 Friday morning dawned and with it the need to turn the boat round so as to access the gunwale along the port side. Two anglers perched on the towpath opposite watched with friendly interest as the boat was reversed out from its moorings, then was headed north for all of two hundred yards to be winded and  returned to her mooring, 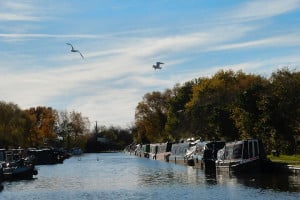 stern to the bank this time. Port side gunwale was duly washed, dried and painted (TICK). The weather remained dry, temperatures balmy. It was boat wash time; with bucket and sponge, rinsing off with the hose and wiping dry with microfibre cloths another TICK was achieved.

Between washings and dryings there was varnishing to do. The windows and door woodwork on the bow deck and the side hatch door linings got the treatment: sandpaper, varnish, sandpaper, final varnish coat (TICK). 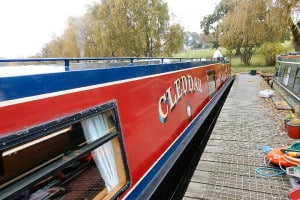 “If you think it’s hard work just think of the cost of a repaint job,” urged the Captain. The toil continued, and when completed “a boy’s toy” was brought out to play… 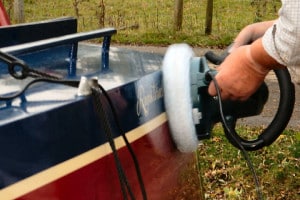 In sunny weather external boat work isn’t an entirely lonely operation: neighbours who moor nearby stop to pass comment, offer words of encouragement – and , generously (!), opportunity to polish their craft too… Boaters cruising by along the canal often nod or wave or make a friendly remark. But then late afternoon a female voice called across the canal. A young woman, cleaning cloth in hand, was perched on the roof of the green boat moored by the towpath opposite. 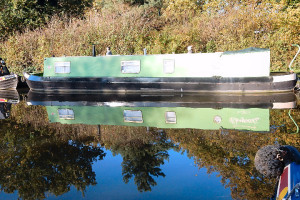 “Hallo!  Your boat was away all summer. Did you go far?”

Well, a polite answer to that could not be short, could it…? Thus ensued a long discussion across the canal about narrow boat cruising on rivers.

“Do you have to have a pilot? Why is the tide important…?”

Sunday: boat move time again, a cruise this time of about a mile all in, past Bailey’s Trading 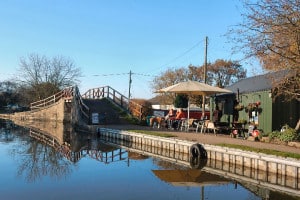 down past the Deeps, (look, official Winter Mooring signs here 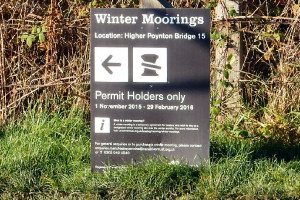 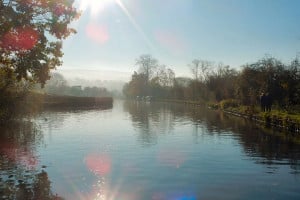 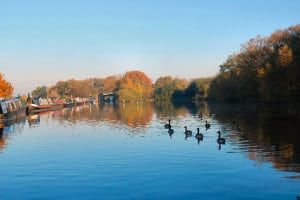 Cleddau was returned to her usual mooring position, bow to the bank, stern to the canal. 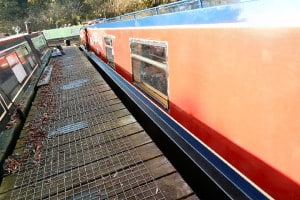 Slowly the mist cleared and the overnight dew was dried off. Polish on – polish off; polish on – polish off.  An hour or so in came a stark realisation: it was taking more polish and much more effort to bring up the colour on the starboard (side hatch) side than it had on the other side. On a glorious November afternoon (later reported as a record-breaking temperature beater of a day) a truth dawned – the boat has spent four years moored at Poynton, her starboard side always facing to the south.  Sun, wind and weather have thinned the paintwork on one side…

And so, with the protective wash and polish complete (TICK) the boat was moved and turned again for the third time on Monday morning. For this winter at least, Cleddau will take the weather on her port side.

In gaps between duty (as driver to the shops and the recycling centre, as washer and polisher, as bow deck crew during the three short boat moving cruises) Boatwif was able to take the odd stroll. How glorious it was in full autumn sunshine to walk 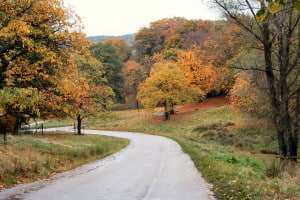 up into Lyme Park 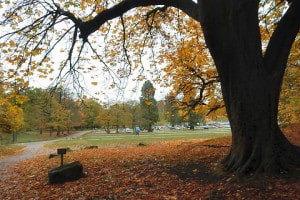 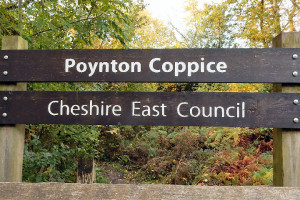 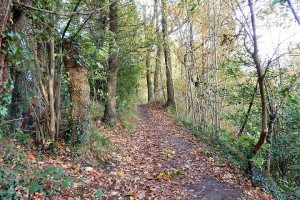 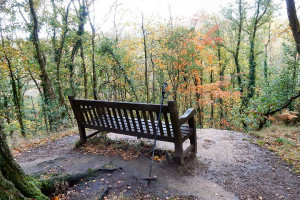 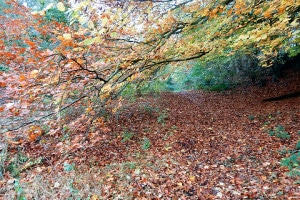 the other side of the canal and make a second Lyme Park expedition. 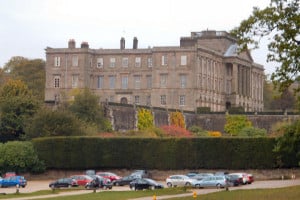 The Lyme Park Estate, according to a plaque at the entrance to the Hall, was given over to the National Trust  in 1947  “for the health, education and delight of the people”. The people were certainly out in force on Sunday, exploring the woodlands and moorlands, thronging the play areas and striding out to the Cage. 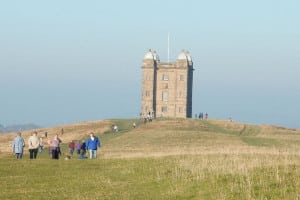 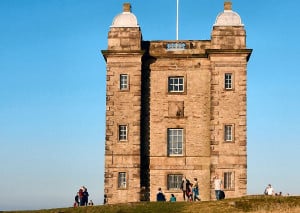 This prominent structure was once a hunting lodge, but later a keeper’s cottage and a prison for poachers. (If you missed the BBC1 Countryfile programme from Cheshire on October 11th see the opening moments and the views of the Cage and the Lyme Park scenery in the first three minutes of the programme here ). 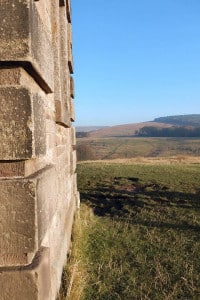 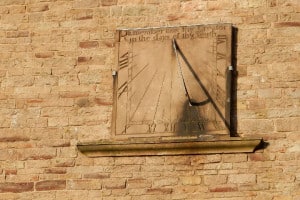 Waste not a moment of dry weather is the Captain’s motto. Apart from the work detailed above barge poles were re-varnished, 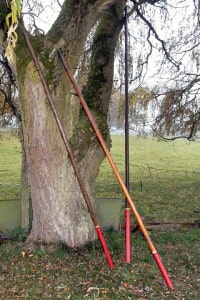 and the off-white tunnel band 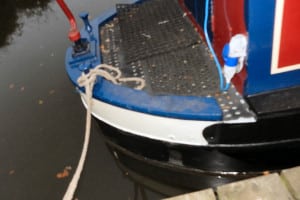 on the stern refreshed too!

With so many tasks completed (and TICKS achieved) the only shame is that a To Do list was never written.

How satisfying it would have been to

off all those jobs…