Are we being fooled?

Where was the sun this morning? It was promised by the BBC Weather Service but didn’t deign to make an appearance until the three hour cruise was nearly over…
The canal between Bosley and Congleton is mainly sheltered but, as it creeps along, the huge hulk of the Cloud is still in view. 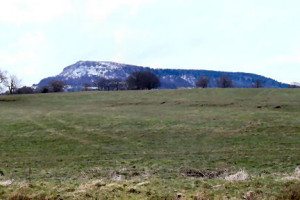 About a mile along the canal old farm buildings have been redeveloped into modern accommodation over recent years; a sleek new mooring has been installed too. As a reminder perhaps that this was once a farm, a decorative cow now rests on the decking. Look closely – are those swallows and butterflies upon her…?

There was a stop before Congleton to top up with water (does this tap have the highest pressure on the network?)  And the wind blew.

The canal breaks out of its sheltered course just after Vaudrey’s Wharf and soars above the valley on Biddulph Line Aqueduct.  Often boats jostle for mooring space along this lovely stretch. From here walkers can easily access the Dane-in-Shaw SSI meadows below the railway viaduct (glorious in high summer) or the linear Biddulph Valley Way.  No boats lined the aqueduct today – how the wind blew… 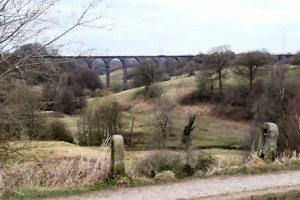 Snow still lurked on the bank sides and even those few daffodils in back gardens stubbornly refusing to burst into bloom looked foiled by the cold. 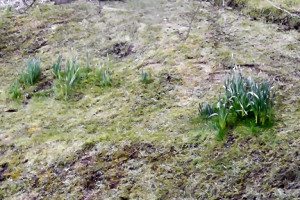 But then there was a stretch along the towpath near the golf course where daffodils were out, dancing in the stiff breeze. 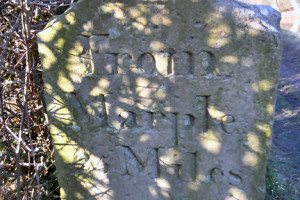 Almost at the day’s destination there was a familiar sighting:  last summer this pair of boats (which once had travelled from the Black Country to the Black Sea) was moored in Bollington. Now the other side of the boats was visible: ‘The Longest Narrowboat Journey in the World’ – didn’t Cleddau’s oh so cold trip today feel like the longest and coldest watery journey ever…? 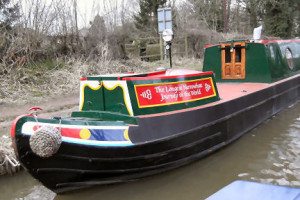 On then, just a bit further, towards Ramsdell Hall (site of the famed black and white railings).

Then another familiar sight, nb Seyella and nb Moore2Lifebehind it, both boats often seen on boaters’ blogs. A side hatch opened: “I’ve been reading your blog,” called Geoff.  And Boatwif is a long-term fan of his. Colder than ever before (Minus 7C with the wind chill effect, calculates the Captain), it was time to moor. Along came Geoff with an invitation impossible to refuse: join him and Mags on board Seyella, and Ann and Chas (of Moore2Life). Tea, scones, savoury pastries, fruit cake and boating conversation: routes, places, camper vans, window glazing – and of course – toilets! (It was lovely to meet you all: thanks!) 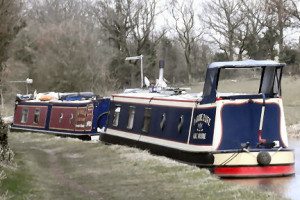 Are we being fooled about Spring? Sunny light evenings, shadows on the towpath – but bitterly cold winds. 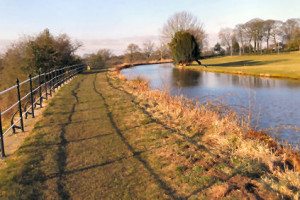 Foolhardy surfers might have attempted to ride a wave this evening!
Recalling Roger McGough’s poem The Fight of the Year  Boatwif sought evidence tonight that Spring might yet win the battle: further along, there is a splash of yellow, a clump of gorse, 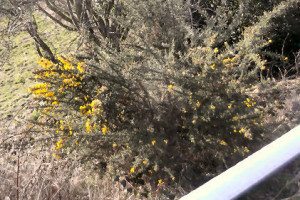 and a tree definitely pushing out leaf shoots… 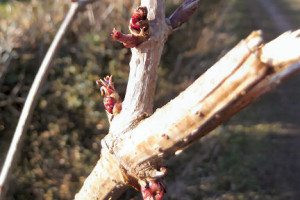 Her bet is that winter will fight long and hard –but finally lose its battle. Referee, ring the bell soon and count Winter out!
(Tomorrow: onto the Trent and Mersey Canal, to Red Bull and perhaps on to Church Lawton).