The Cleddau crew have spent some time in the home land.

In far west Wales the Cleddau Bridge that strides above the Daugleddau waters that feed into the tidal Milford Haven is an impressive sight.

Car drivers are charged at 75p per crossing. Those with a head for heights (and suitable weather proof clothing) can stroll across for free…  On a glorious sunny August afternoon the water sparkled 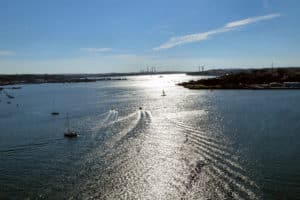 and foaming wakes left sharp white patterns on the surface. 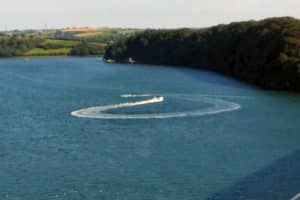 If walking southbound you can look down at Pembroke Ferry and see the small riverside inn, its outdoor drinking terrace almost an island at high water… 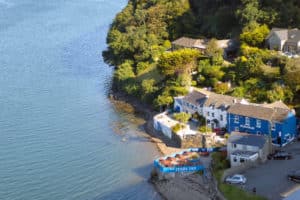 “Let’s go down for a drink,” said the parched Captain. After all, there had been a long and hot drive that day. Why walk down the road when there might be a short cut…? Soon there were close up views of sturdy bridge supports and hamlet rooftops 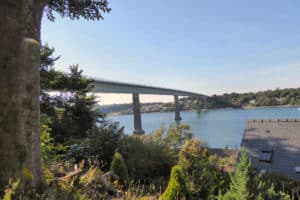 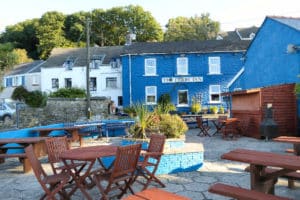 A second attempt via a more orthodox route down the roadway, brought the sea into close proximity – and the first of several fresh crab salads 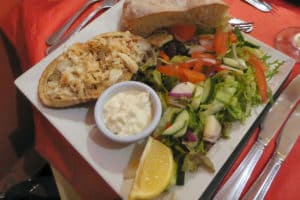 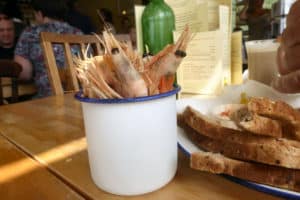 over the next few days.

Down at sea level you view the bridge from bottom up. 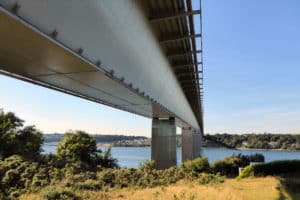 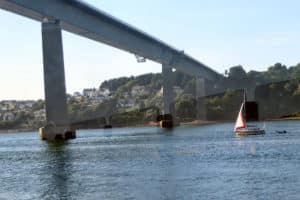 Here no traffic noise drifts from above, just the gentle lap of an incoming tide.

South Pembrokeshire is one extended peninsula.

Want a sheltered piece of coast? Then check the wind direction. Early in the week a usually secluded cove had turbulent seas 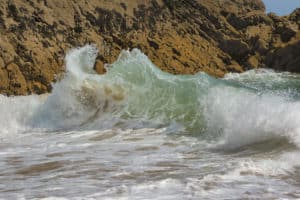 (bottoms up for would-be swimmers and surfers) Further west as the sea at the wide and normally wild Atlantic facing beach was flat, flat calm. 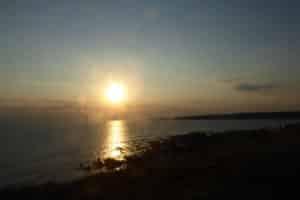 While water-watching two swimmers clambered up from the beach – freshly caught sea bass for dinner tonight, anyone…? 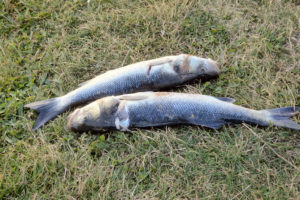 Rough it’s been in recent days.  Flags were stretched wide above the Gatehouse at Pembroke Castle, 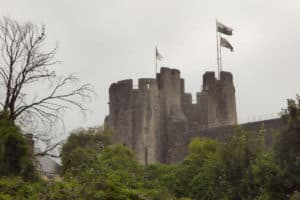 a Belgian fishing vessel ran for shelter up the Milford waterway, 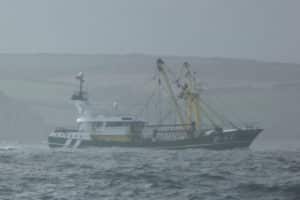 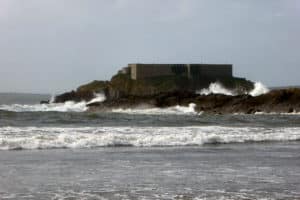 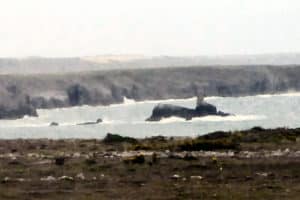 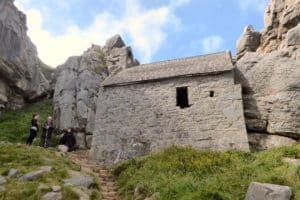 and the Coastguard lookout. 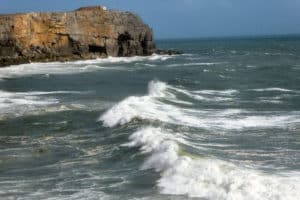 Away from the cliff top edge hardy plants bloom 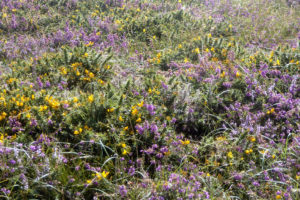 – and swans saluted with bottoms up on the Bosherston Lily Ponds. 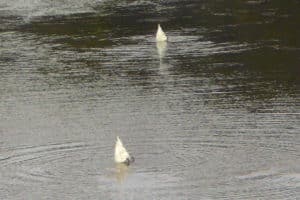 A drive to Milford Haven (“over the water to the other side” in local parlance, 75p each way) gave chance for some gongoozling.  Boats were transiting through the sea lock between Milford Marina and the tide outside. 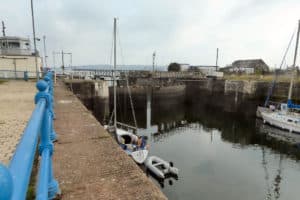 So will Cleddau set forth again this year? Why yes, westbound next week (southbound down the Macclesfield Canal, northbound on the Trent and Mersey, west across the Middlewich Arm, south along the Shropshire Union) to Hurleston Junction and out towards Llangollen.  Boaty fans might be intrigued by this bottom up photo 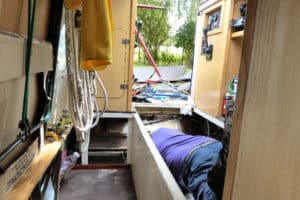 (not of the Captain, but of a visiting marine engineer). Water ingress into the engine compartment has now been traced to an incorrect stern gland mounting. Rest assured, there’ll be close monitoring to look for an improvement – or for cause for further concern.

A late June trip to Bugsworth (Peak Forest Canal) had involved a bow to narrows collision – and the unfortunate loss of the side hatch window. 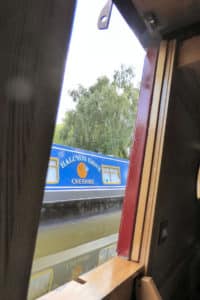 Sadly the custom-made piece of Perspex (2013) sank irrecoverably to the canal bottom.  Undeterred by a simple sinking the Captain retrieved an earlier (though somewhat scratched) window from the home chandlery (garage) and transported it via bus and train to the boat’s mooring. It’s a Perspex sheet, fitted with upper and lower grab handles and a cord and clip. As he disembarked from the train at Macclesfield Station the Captain and his luggage were observed by a local lady. She addressed him directly: “We’re not so bad in Macclesfield you know that you need a riot shield…”  Fair point! Now the resurrected window has been upgraded and should provide a snug and secure fit in the side hatch. 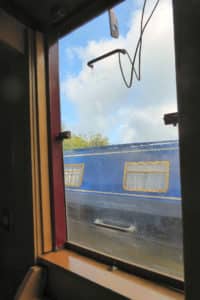 Countdown fast approaches: by Friday night Cleddau needs to be tied up on the Dane Aqueduct, at the bottom of Bosley Locks, from where her crew can help at HALOUS, the Macclesfield Canal Society’s awareness raising Have A Lock On Us event over the Bank Holiday weekend.  Before that though, there’s a Bottoms Up multi-generational family BBQ to get through…!