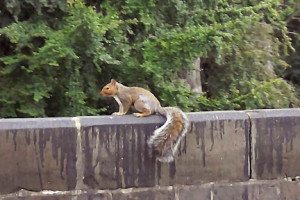 The short Dog Lane Aqueduct at Congleton was quiet on Sunday morning, the usual road traffic underneath more sparse than usual. 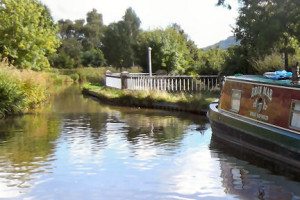 At the Biddulph Aqueduct next, always popular with dog walkers, temptation was resisted: there was no mooring up this time for a walk down into the flower-filled pastures below,

not so in May. Next was Dane Aqueduct (at the bottom of the Bosley Flight, Sunday’s mooring), then Gurnett Aqueduct at Sutton, on the outskirts of Macclesfield (Monday’s mooring).
There was just one significant Macclesfield Canal aqueduct still to come – Grimshaw Aqueduct at the southern end of the fine embankment in Bollington. 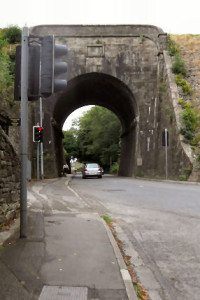 “Let’s stop, let’s go to the cafe in Clarence Mill,” said the Captain this morning. Now mooring in Bollington is not often possible: there can be no space and the edges can be too shallow but today luck was in (except, of course, the delightful cafe is closed on Mondays and Tuesdays!) Still, an hour moored up on Grimshaw Aqueduct provided opportunity to watch some aerial weeding 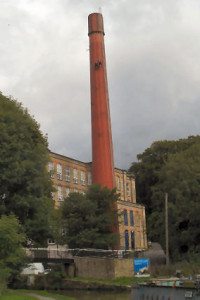 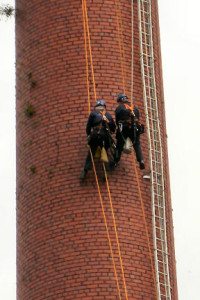 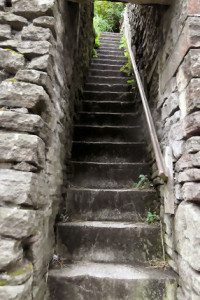 (47 knee-exercising steps, plus a slope!)
What else of today’s  cruise?  Well, an encounter with a boater early on made one think about  – ponytails! Cal Gal, who was visiting the UK in July and early August, sports a fine head of hair. It’s long , white blonde and she wears it either as a single plait or (Pippi Longstocking-style) as a pair of plaits. Often Midlands male boaters sport grey beards, but somehow, further north, there seems to be a preference for non-balding men with grey hair to wear it as a long ponytail…why? Only a few days ago (Great Heywood area?) one chap was spotted with plaited grey hair…
To another why – as Cleddau cruised through Macclesfield a mental Spot the Difference game was under way. Why has C&RT moved the water point to Swettenham Wharf, 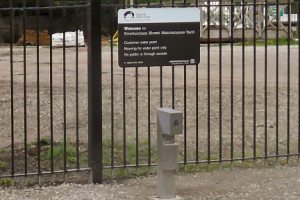 installing a barely visible tap in a grey box?
A bit further on, past Hovis Mill, just beyond the Buxton Road Bridge is Buxton Road Wharf. Has it ever seemed so empty? Is there a redevelopment plan afoot…?
There seems to be an outbreak of smart C&RT padlocked gates in these parts. Several like this have been seen.

They seem to provide gated access to Canal and River Trust access paths: was there a job lot of fences and gates?
On the approach to Macclesfield was a new hazard: try weaving your way past a moored cruiser on one side 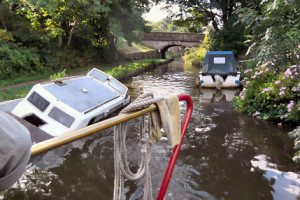 and a partly sunken cruiser on the other…
Despite following a slow boat from Bollington, all too soon Higher Poynton was reached. There was the remnant of the Braidbar Boats Open Day, 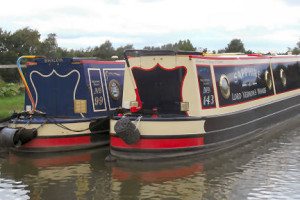 still some Braidbar Boats moored up. It had been an amazing weekend by all accounts.
By mid-afternoon, Cleddau was tied up back on her home mooring. 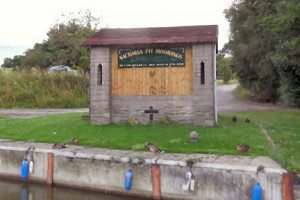 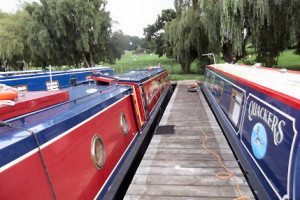 For anyone short of a waterways blog read: nb Erin Mae is making a first cruise north on the Macclesfield, Sanity Againis cruising south after participating in the Braidbar Owners’ Weekend while nb Rock ‘n’ Roll (from where Carol has produced outstanding photographic records of the boat’s travels) is up for sale.

This boat is moored in Macclesfield: 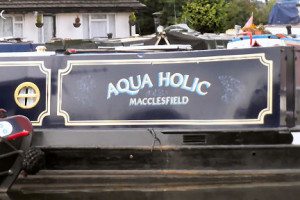 a good description, perhaps, for the crew of this boat!