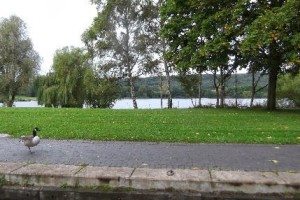 to Longport Wharf involves only a very short cruise. The canal is wide, 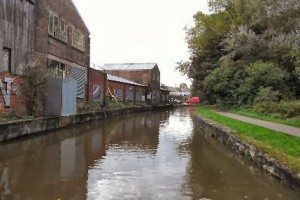 and being Stoke-on-Trent, features a bottle kiln. 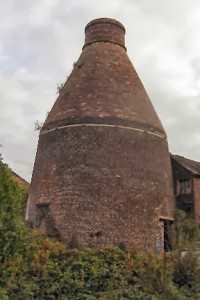 Instructions were given to pass the Wharf (and the slipway), 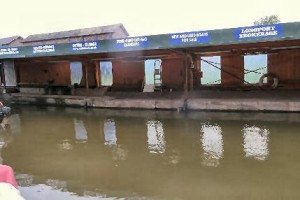 then wind shortly afterwards to turn back to bring the bow onto the slipway.

The turnaround was all but completed when nb Smine hove into view (a further contraction from It’s mine?).

Slowly, but absolutely on the pip of ten o’clock (business opening time), Cleddau berthed at the slipway. 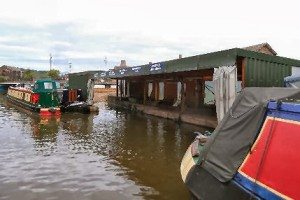 If you do have to go through the exhausting business of unloading a Euro mountain of emergency groceries, boat bedding and textiles as well as clothes and computer – this isn’t a bad place to do it! It’s under cover 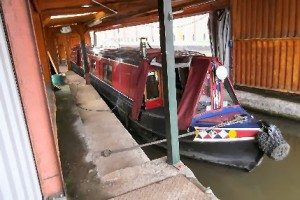 and the car (fetched from Macclesfield by the Captain via a  train trip north) could be parked very close by.

It was a long day – six hours exactly for Boatwif of sorting and tidying, 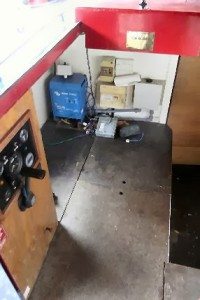 emptying and wrapping, piling and covering, 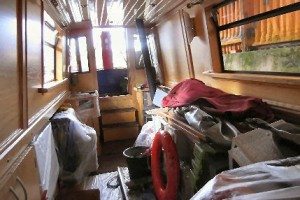 but with Saturday business hours finishing at 4pm the pressure was on to escape the premises, duly done at 3.59! 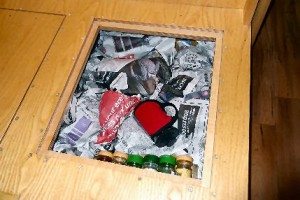 That’s it – until a crew adventure or a catch-up on Cleddau’s winter works…
½ mile, 0 locks