Heads on The Cloud 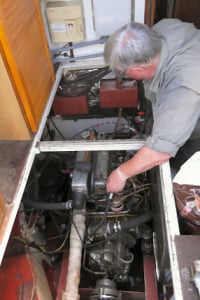 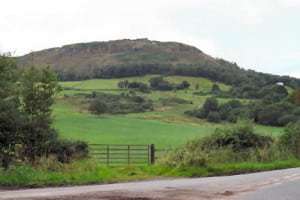 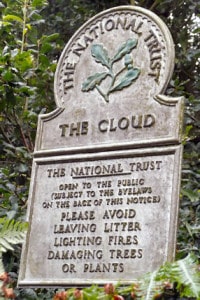 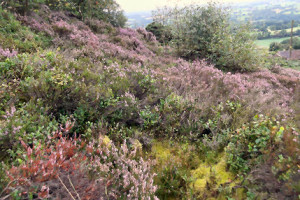 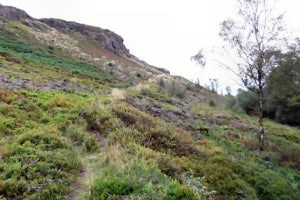 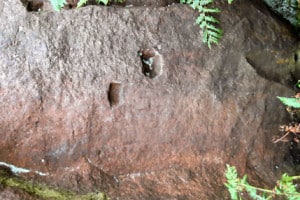 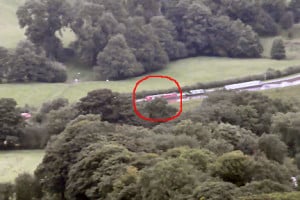 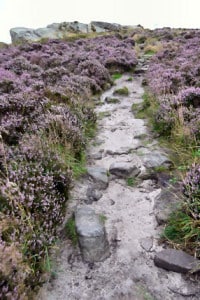 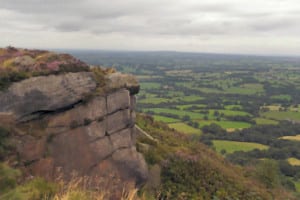 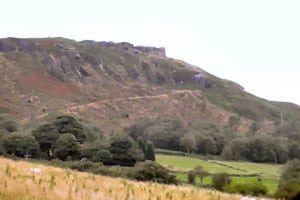 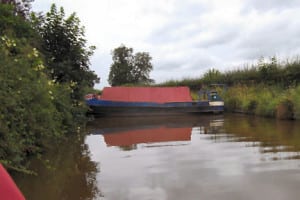 Have you noticed how a glimmer of an idea gradually grows to become a wish and then a hope and then a compulsion?

It’s probably ten years since eyes were first clapped on a particular hill as travels were made between Macclesfield Daughter and the Bedfordshire home base. Then in 2008 Cleddau first came this way, on an April move from the K&A moorings to Lyme View Marina on the Macc. Every boat trip south since then has required transit down the Bosley locks. As you walk or boat down the lock flight the view ahead is dominated by a massive jagged-topped hill, locally known as The Cloud. Often the Cloud is well, in cloud, so a clear view of its canal-facing aspect is a treat indeed.

Once Boatwif had discovered that there is a viewpoint at the top the idea began to grow until by yesterday the Captain’s frequently asked  question was: “Are you sure you want to go up there?”  Yes, the idea had reached the compulsion phase.

Thus, in expedition mode, wise preparations were made, not just the bananas and packed lunch, but the waterproofs, first aid kit, walking poles – and flask of tea.

To go down to go up… The route was down to the Dane Valley bottom first and then up a road for about half a mile. “You know what double arrows on a road mean on a map?” enquired the Captain, now in navigator role.

“Erm, very steep!” whispered Boatwif.  And steep it was…

Opposite a pretty cottage a footpath led upwards across steep fields. Stiles, several. The footpath reached a track. A twist behind another cottage and then there was the National Trust sign for The Cloud. The path led through waist high ferns, then opened out, old quarries on the left, banks of brilliant purple heather to the right. Upwards the path led, steeper, narrower, the hill dropping below…  Spectacular views now, down to the canal, the railway viaduct in full view, Astra Zeneca at Macclesfield… Is that Jodrell Bank over there?

A great path for mountain goats, narrow, steep, rutted, sheer. Hiking poles essential. A sort of plateau reached, more evidence of one-time quarrying (and more recent human visitation). Up further, now this is the top! Outcrops of stone, heather, tussock grass, rough tracks. The top is vast. A walk to the south: look, Congleton and Mow Cop. To the east must lie Staffordshire… From edge to edge must be covered, now arrived – must see it all, all the way across this desolate hill top. There was the trig point; there was the viewpoint, a metal engraved plaque giving locations and distances: Liverpool 38 miles, Land’s End 264…

Then, quite suddenly, the whole bleak area became peopled: from several directions appeared walkers, families, a couple of cyclists, a dozen or more folk. This is a favourite spot for locals: did they too clamber up near vertical routes?

Apparently not. “But there are steps from a car park,” came the information!  A twelve year old Leicester lad was there with his grandparents, this his favourite Cheshire view.  The Captain/Navigator got into exposition mode: trig points, Ordnance Survey, British Military Survey. The crowds melted away, a banana was shared, tea poured from the flask.

Then via the eastward facing track and tree-shaded steps a downwards path was taken. Down, round, through fields, along ridge-line paths, eventually to meet the lane. Down again.

So, just under four hours later, and after an ascent of some 750 feet (and a likewise descent), the Cleddau crew were back on board – compulsion satisfied, list ticked!

Just 3.37 miles was the cruise from the Dane Aqueduct to the Biddulph Aqueduct, simple, except for the boat broken loose from its moorings and a truly torrential rainstorm.

(Photos 1 and 2: Inside a  Bosley lock chamber, built from Chatsworth Gritstone, quarried from The Cloud; the Captain at work on the engine yesterday).