Last leg of the Spring cruise 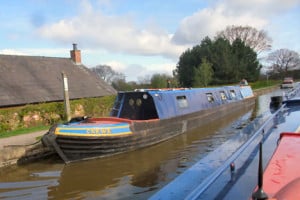 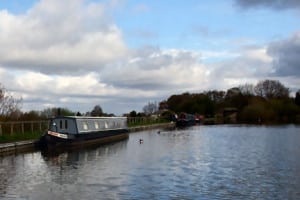 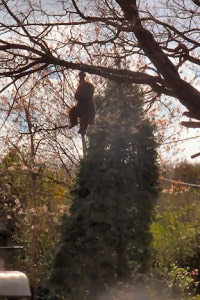 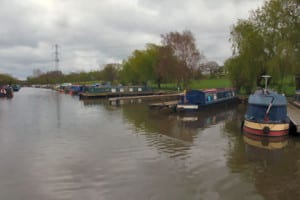 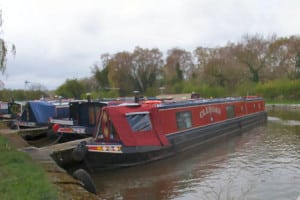 Your local waterway an outdoor gym was the promotional message displayed on the side of a British Waterways van at Red Bull the other day. On Saturday morning the gossiping geese on the field woke the Cleddau crew. In warm sunshine the Captain pulled out the mooring pins and the boat set off for the last three miles or so back to the moorings at Higher Poynton.  A squirrel ran across a bridge parapet in front of us while out and about using the towpath were walkers, some with dogs, some without. There were joggers, most singly, once a group of three. Then, on the wooded stretch just before Lyme View, there were sounds of tennis balls and players’ shouts. Of all the times we had walked or boated past the tennis court behind the solitary house this was the first occasion we had seen (or rather heard) the court in use.

Opposite Lyme View Marina a couple of boats were moored, a handy site for Lyme Breeze Restaurant and the Miners Arms pub. A crawl past the marina, then round the bend with the slopes of Lyme Park rising to the right and on towards the metal footbridge. Right beside it is a tiny memorial garden where a group of half a dozen or so walkers pored over their maps, under navigation instruction it seemed. (The Captain having disappeared from the back deck some fifteen minutes or so before, supposedly to collect his coat, had left the photographer on the helm – apologies for lack of evidence). The boat approached the Higher Poynton short term moorings, fewer boats here than usual, then through the bridge to the water point and The Trading Post. It was while topping up with water that the ape in the tree opposite was noticed. What is it with stuffed apes and gorillas in these parts? The gorilla at Bollington has been moved from its tree position to a more comfortable seated position and now rests its feet on a footstool!

It’s just a short hop across the canal from The Trading Post to the Victoria Pit pontoons. For once access was made easier by lack of towpath-moored boats and also of our neighbouring boat, whose skipper had been intent on an Easter cruise to the Caldon Canal… now that’s a canal with some delights and surprises.

Cleddau was moored up: the next few hours were spent in making her “shipshape” for her next  (whenever that is) cruise. After a supper with the Cheshire Three in Macclesfield it was time to head south.

On Sunday morning it’s seemed more urgent to blog at a laptop than to tackle the unloaded muddle currently scattered around the house…  But hark, the Captain calls!