Locks and cows, cows and locks 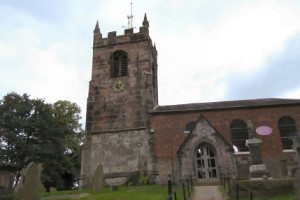 This is a favourite stretch of the Trent and Mersey Canal for the Cleddau crew: the industries of Northwich and Middlewich are left behind, while the fields, cattle and canal settlements which typify the route are all easy on the eye.  Several times this morning a blaze of colour on a nearby tree came as an unexpected contrast to the green of the fields and the rust brown canal water.

Early companions were again the boaters on nb Last Flight. Their boat is predominantly grey in colour but has a witty cartoon decoration. Curious, the Captain established that it was indeed the work of Andy Russell (Cleddau’s painter in 2009). When working locks close together you get snatched conversations and though there was no Monkton Moment today it was surprising to reflect on one coincidence: Cheshire Mum lives in Macclesfield … Last Flight’s helmswoman proclaimed herself “a Macclesfield girl, born and bred”; within five minutes in a different snatched conversation another boater said she was heading back to Lincoln (where Cheshire Mum was born!) Small world, and all that!  Of course, especially as boating is essentially an outdoor activity, these conversations often feature the weather: how right /wrong the forecaster was, how wet the summer, how many layers of clothing worn. “Six layers I’m wearing today,” Mrs Last Flight had said, but throughout the morning conditions improved. Bravely Boatwif took off her waterproof jacket…

After the first three locks of the morning Mow Cop hove into view. This is another reason for enjoying this stretch – looming high above you is the intriguing shape of the Mow Cop folly and the settlement around it. The same thought crossed crew minds: been there, got the ticket! Further on comes lock 58, reached via boating under the M6. The roar of the traffic is constant and you make haste to Lock 57. Aah, Lock 57, a small canal-side shop, but better a lock-side cafe – and even better, a bistro whose evening menus are tasty and imaginative. Far too early for either lunch or dinner as it was passed today!

Onward; up more locks. At lock 54 the Captain turned to wish Good Morning to the gent sitting by the lock in his garden. Closer inspection revealed the gent to be a proud scarecrow. Above the lock two swan parents zealously guarded their sole cygnet, making themselves as large as possible to anyone who dared approach the paddle gear.  Here the canal threads on past pretty cottages and modern housing where all the residents seem to share the same liking for sitting outside and looking at the canal.

Time was allowed for a brief retail pause at Rode Heath (3 apples, a cucumber and a newspaper), a lunch break and then there were only six more locks… It was warm. Now, recklessly Boatwif took off both jumper and gaiters.

A couple of days ago on the Bridgewater Canal cranes had been seen ready to insert huge stop planks to block the channel when the canal needs to be drained. Different on the Trent and Mersey: at a works yard stop planks were lined up on shelves, and “kits of parts” for replacement lock gates. Six more locks to go – and a roll of thunder heralded the first raindrops, raindrops of the very large, very wet variety.  A light jacket grabbed, no time for the gaiters… it was a damp crew which tied the boat up at its intended overnight mooring at Church Lawton.

On a hillock behind the tow path stands Church Lawton’s church, a curious mix of stone and brick. Just a bit further along towards the next locks is Bridge Farm, where eight hours a day, it is said, are spent in milking cows. This afternoon an orderly queue of black and whites was feeding  into the dairy – and not surprisingly it is cows which are nearest neighbours tonight!

Tomorrow: off the Trent and Mersey at Kidsgrove and a turn back onto the Macc. Anyone still interested in what number has been reached on the “Cheshire Ring clock” – well, probably 6.