Some figures since two nights’ mooring in Rugeley (Staffs):  40 miles and 16 locks

Canals cruised along, though not in their entirety: 4 (Trent and Mersey, Birmingham and Fazeley, Coventry, Ashby)

Rugeley to Fradley Junction is a well-travelled stretch for Cleddau. Long ago, probably in about 1995, she first passed this way. Memories faded though during the mooring days on the lower Grand Union and the Kennet and Avon Canals. Then relocation up to the Macc in 2008 meant passing this way again. The roofless tunnel near Spode  House 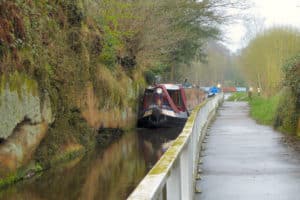 requiring crew assistance to forewarn of oncoming traffic is not easily forgotten, nor the toilet factory (Shanks at Armitage) 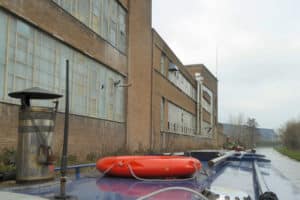 though the usual stacks of toilets in the yard  were hidden by pallets as Cleddau cruised by on Thursday morning. 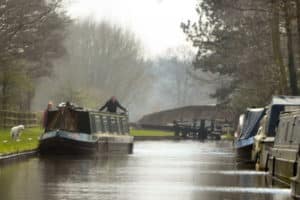 and then two more down to Fradley Junction. In this honey spot on a cold Thursday morning no gongoozlers lined the towpath outside The Swan.

There’s a good viewpoint from here to watch the fun as upcoming boaters negotiate Junction Lock on the Trent and Mersey, while descending boaters may be heading for a right angle towards the  swing bridge onto the Coventry Canal… 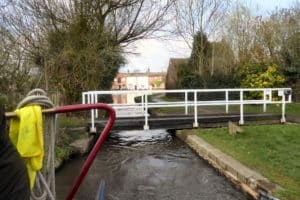 Onwards, with a pause at Streethay Wharf to replenish coal and gas, continuing through Whittington (home owners here seem keen on sheds – there were four in one garden – and ornaments). For a while, along the Birmingham and Fazeley stretch, the bridges are named. 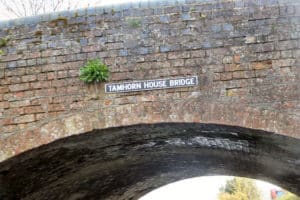 There was a reminder of times gone by when a World War 2 pillbox hove into view,

located presumably to deter any crossings of the River Tame below.

Hopwas: this small  village (2 pubs, a school, a postbox but no shop) was  a good place for an overnight mooring.

It was onwards on Friday morning towards Fazeley Junction, 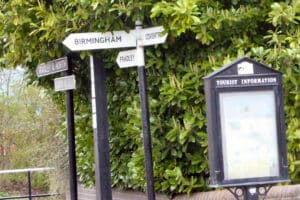 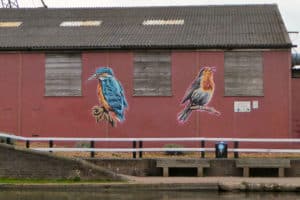 Cleddau’s route was not south via Birmingham, but via the easterly route, towards Tamworth and Atherstone, again on the Coventry Canal. On an aqueduct-heavy trip (various significant ones since leaving Poynton) this was the seventh, a crossing over the River Tame.

Wasn’t there a breakdown here once…?

Look, black swans – or a novel use of rubber tyres… 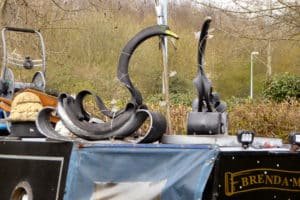 At Tamworth there is a pair of locks,

the lower one graced by a poem,

penned by ‘The Bard of Glascote’.

It was at these (oh so slow filling) locks that Boatwif had once got a sudden and serious drenching! (2010, according to the blog; odd how memories of discomfort stick longer than those of glorious sunshine…)

Onwards then  through Tamworth and Amington; how home owners here individualise their back gardens… 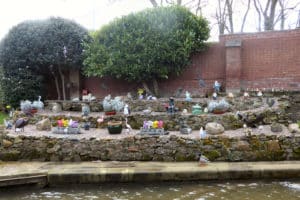 and yes, the DDR border post is still there! 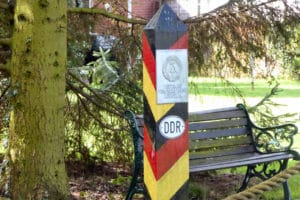 This is old mining country, part of the Warwickshire coalfields. As the canal slides under a newish bridge its structure is used to highlight what was needed to help the coal industry – pit props, wives and mothers. 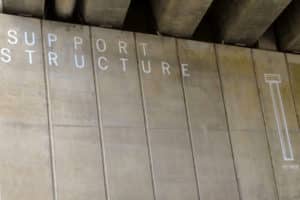 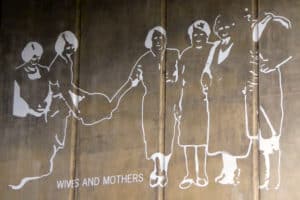 Then comes the pit wheel at Pooley Country Park, a colourful reminder of a past industry.

Onwards, past Polesworth, remembering a sunny Saturday afternoon one time when jubilant bells rang out from the Abbey tower. 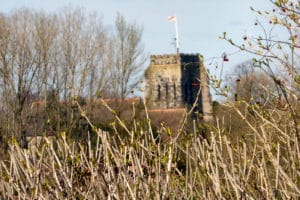 Rural views next: horses and geese, a farm vehicle crossing a bridge, Bradley Green church tower, just the occasional rush of a Virgin train on the Trent Valley line.

This was Friday afternoon; the sun was shining – and Atherstone Locks lay ahead, a flight of 11 climbing up towards the town. 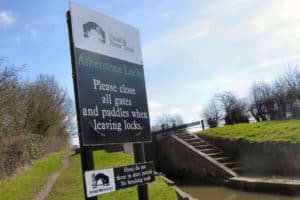 To do the first six and then moor – or to do the whole flight. Up the boat climbed 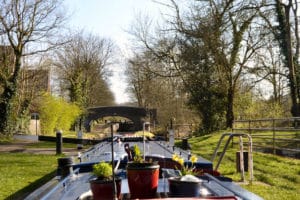 to what was a quiet mooring beyond Top Lock.

This town, Georgian in feel, with one long street (called, helpfully, Long Street) became a hat-making hub, at its peak there being 3,000 people employed in the industry. Felt hats were popular until fashions changed. Production ceased in 1999 – and now these are the reminders: 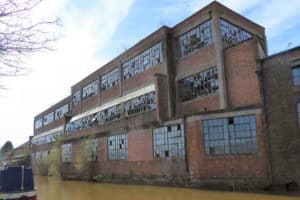 A sculpture, the Tree of Life, hats perched on the uprights. 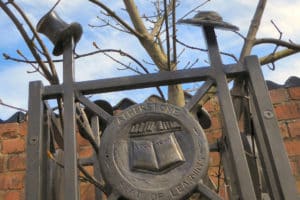 After Atherstone the canal weaves along the contour, past alpacas in a canal side enclosure. 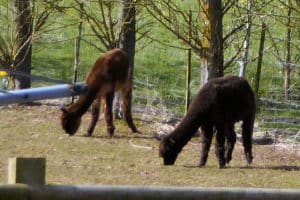 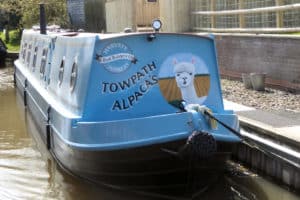 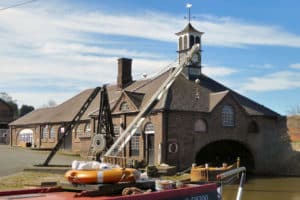 towards a landscape of spoil heap pyramids. 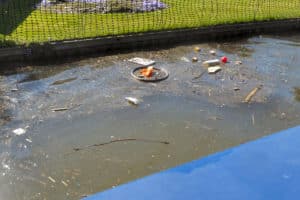 was this boat, Ermintrude 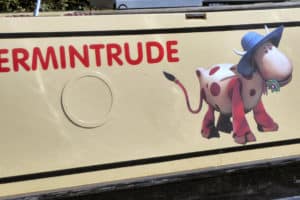 – while Nessie, or her offspring, seemed to have hitched a lift ‘down south’. 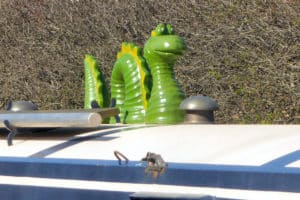 On a blue sky day there were freshly dug trenches in the Nuneaton allotments and buzzards in a courting ritual wheeling above the treetops.

Then came Marston Junction, passed many times before. 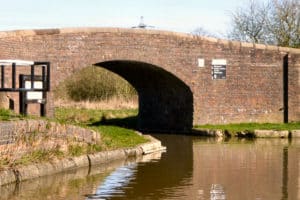 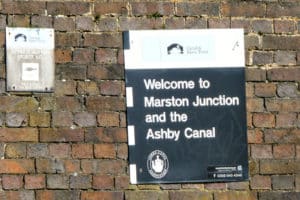 For the first time ever Cleddau crept under the junction bridge.

These are new waters. Ahead lay some twenty miles of lock free cruising.  So what impression would the Ashby Canal leave on the Cleddau crew…?

Stats so far from Higher Poynton:  94¼ miles and 49 locks