The Middle Nene Sailing Club moorings just downstream from Thrapston (Sunday night’s mooring) have tall poles to tie up to, 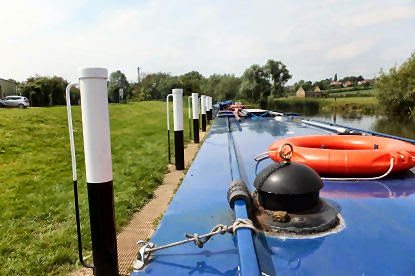 providing a safe berth in the case of high or fast running waters.
Local walkers, many with dogs, make the sailing lake a destination of choice. The club advertises itself as a family friendly place and just outside the Sailing Club grounds is Thrapston’s skate park and BMX track. The little town, a short walk away, was quiet on Monday morning. A well polished brass plaque caught the eye

– there to find an unexpected local link with the USA.
The Church of St James

has a pristine churchyard, the grass neatly mown and all but a few gravestones relocated in solemn lines 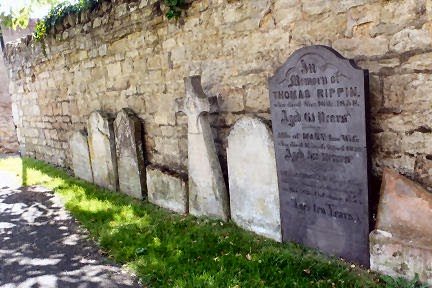 along the outer churchyard boundaries.
Monday’s cruise was short, no more than four miles and one lock. Several times a heron swooped low over the water before resuming its fish watch from the riverbank.
The Middle Nene Cruising Club is based at Titchmarsh Lock. The old buildings, the collection of boats and a large marquee made it an inviting looking place… Cleddau and Tentatrice cruised on through a tribe of Canada geese on morning swimming drill, in a dreamy landscape of meadows, of cattle grazing at the water’s edge, of churches perched on higher ground

while kites (?), distinctive from their delta-shaped tails,  wheeled and soared overhead.
To Wadenhoe – and just above Wadenhoe Lock is the most glorious mooring spot. Tie up at the bottom of the King’s Head garden, 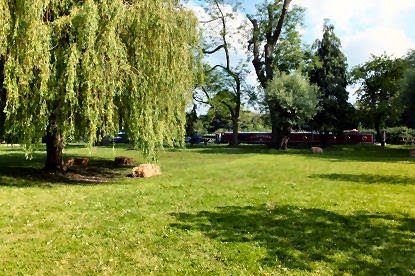 mooring charge £10 a night – or book a meal and the charge is cancelled. Is this a place worthy of its reputation?  Most certainly: and when after a fine meal the crews ordered two puddings (but four spoons) a Pimms Jelly with Mint Ice-cream brought raptures of delight.  The waitress, eager to please, enquired of the chef about the jelly’s ingredients. Ten minutes passed – and then a young chef emerged, an A4 sheet of handwritten paper in his hand, ingredients, quantities and method recorded in every detail. (The recipe is now recorded and can be emailed on request. Thank you, King’s Head, Wadenhoe).
As the river twists downstream there are frequent glimpses of church buildings. Is that spire on the left bank – or the right? Is that a monastery… a church… where is it? But this curious shape, Wadenhoe’s Church of St Michael and All Angels, 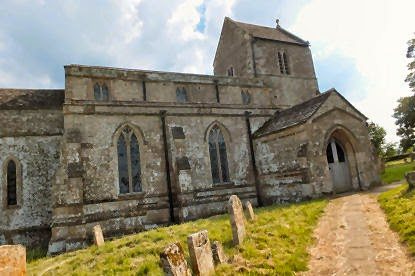 sits above the west bank, a five minute walk uphill from the King’s Head gardens. It is the Collyweston tiled roof line that gives it such an unusual profile from a distance.  A stunning sundial (installed 2000)

provides direction and names for the four nearby churches. In the village there is a sign for The Wadenhoe Trust. What an exquisitely pretty village it is: 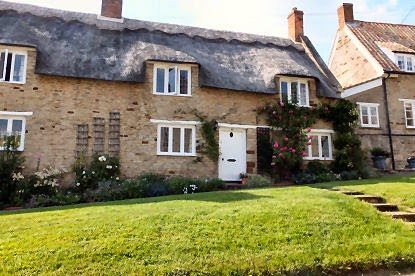 that you see as Christmas gifts…Then there’s the Wadenhoe Dovecote.

Just unhook the old metal loop and peer inside at the hundreds of pigeon boxes. 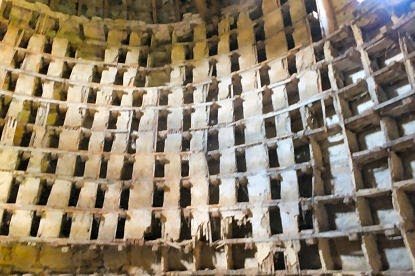 Tuesday: time to move further on downstream, about three miles and another three locks to Oundle. On the town’s approach is a rowing club – and a decent straight for novices and practices. Then came Upper Barnwell Lock (memorable for a short tree-hidden landing stage and a magnificent mill, now restaurant). It was after the lock that the next boating challenge came – to make a sharp 90° turn to squeeze through the rock and concrete-lined narrow entrance into Oundle Marina.

Remarkably, with just a bit of revving and correction the turn was made and no damage done.
Fuel, gas, rubbish, facilities explained, security keys and moorings allocated 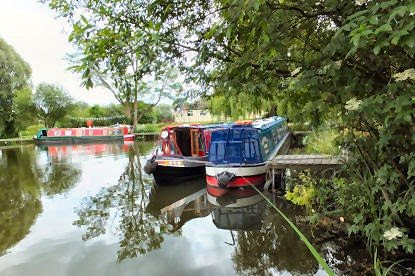 – by mid-afternoon the two boats were breasted up in the sunshine.
“Phase 2 achieved then,” announced Relief Captain (Master of Tentatrice) on Tuesday night. Here the boats are moored to allow for other events – and a good look at Oundle.
It’s an ancient market town,

with a range of lovely buildings.

It has an air of prosperity about it 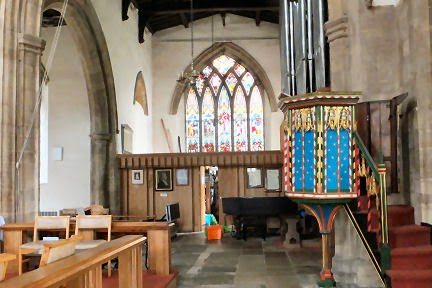 – and a strong sense of identity too. 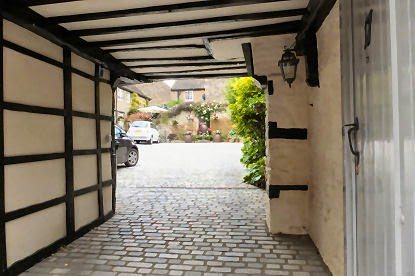 The Oundle International Festival is next month, concerts and events are widely advertised and the Stahl Theatre

(owned and run by Oundle School) is a venue as well for touring and local productions. There’s a decent-sized bookshop, it would be churlish not to give it some attention (and maybe custom) on Thursday…
The town is dominated by the large public school. 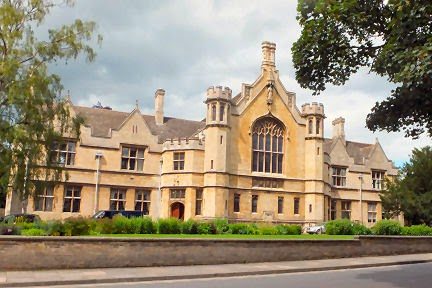 On Wednesday morning its pupils were behaving well in the streets and the girl students wear elegant wide-legged pin-striped trousers: no issue here with how much leg is being displayed!
“Phase 2 achieved then…” Well, almost – there’s been a hiccup with Enterprise Rental Car bookings. The forthcoming plans are adjustable and recoverable but the Captains will be filing more than just their boat logs this evening…