The taming of territory

First visit to Southern California’s San Marcos was 13 years ago in 2003. What looked like a new town about twelve miles inland from the Pacific Ocean was designated then as a city that would grow – and grow it has.

Settled by the Spanish in 1840 San Marcos was a few farms scattered across a broad flat bottomed valley.  The railway arrived in 1887 and water was first pumped to the valley from the Colorado River in 1956, at which point there was a population of 2,500.

Back in 2003 there was talk of the university, but the inexpert eye of a UK national could not then differentiate a college building from an auto park or a grocery store.

Time passes: one small babe was joined by two siblings – and the campus at the bottom of the hill has grown. A local Sprinter light railway

to aid student travel from the coast to the inland valleys has been installed. Now the university looms large across the valley 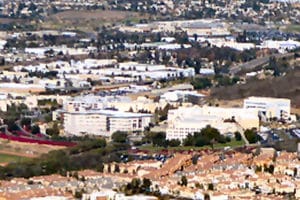 and more and more dormitory blocks are being built in an area that was once undeveloped land bisected by a creek.

“California used to be all desert,” Cal Guy Jnr confided conspiratorially one day. When you see the rake on the hills it is astonishing how these near vertical slopes get carved up, flattened, terraced and usable “lots” for development are created from otherwise harsh and unpromising territory.

For thousands of years before Europeans arrived in California Native Americans lived, hunted and fished in the area. By the 1700s Spanish explorers had arrived in Mexico (New Spain) and by 1769 Catholic missionaries had founded the first of 21 Missions in California.

Not far away from San Marcos is the 18th of those missions, a National Historic Landmark.

It’s the largest Mission and the one referred to as the King of the Missions, “king” as it is the largest of the missions and “King” because it is named after San Luis Rey de Francia, that is St Louis, the 13th century King of France.

Hills and valleys roll all the way out to the coast. Properties tend to be light-coloured with either a shallow roof pitch or flat roofs. Arrive then at the Mission only four miles inland from the coast and a very different architectural style faces you.

The line of bright white colonnades, an escalloped roof line, a tall church structure topped by a tower and cross is the fascinating product of Spanish, Mexican and Moorish style.

The mission has had a checkered history:

From 1798 to 1832 the Mission was overseen by Father Antonio Peyri. During this time there were 3,000 Indians and 50,000 head of livestock at the Mission    Then came the era of Mexican Secularisation, followed from 1847 to 1857 by the American Military and a long period of abandonment. Then, during the 20th century, there were periods of restoration. Now the Mission houses the Franciscan School of Theology, a Retreat and it is visited by thousands of fourth grade students each year as part of their school curriculum.

The first open doorway leads into the calm imposing interior of the church,

a superb example of a Spanish mission church built in cruciform shape. 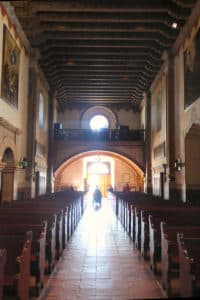 It is still an active church and down near the altar ladies from the parish were dressing a lectern with purple drapes and four Advent candles.

Plenty of religious pictures hang on the walls, their styles suggesting both South American and Spanish influences.

It’s a cool walk under the colonnade to the Museum.

and the dramatic history of the one time million acre mission. There are astonishing artefacts: there is a late 16th century antiphonarium, (a very large liturgical book used by a choir),

a signature made by Abraham Lincoln on 18th March 1865, returning the Mission to the Catholic Church (the signature made just one month before his assassination). Then there is an Italian Monstrance of the 1880s

(a vessel used during the Feast of Corpus Christi).

In the Retreat Garden is a tree

– the oldest Pepper Tree in America.

Make the effort to walk across the parking lot to the Lavanderia, 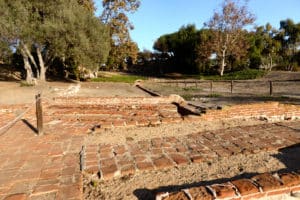 Here terraces and narrow canals reveal how precious water was collected and channeled for usage by the mission population.

Where so much in California seems less than fifty years old it was a delight to consider the area’s long ago past, the physical, religious, political and administrative changes it has undergone and its current educational and spiritual role.

(Posted from San Marcos. Bags packed, ready  for return to The Old Country…) 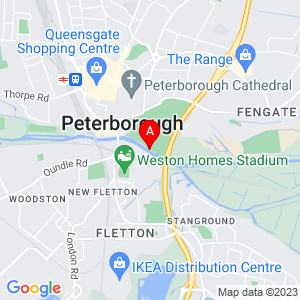