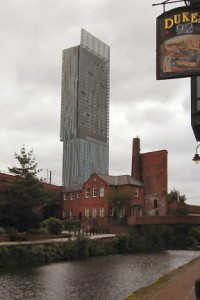 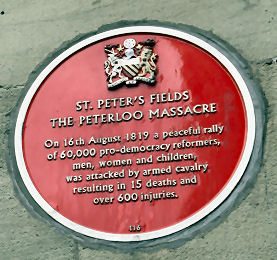 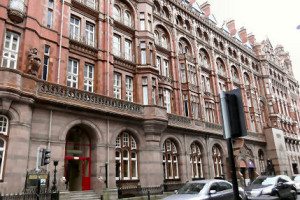 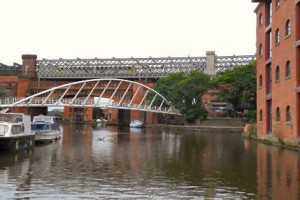 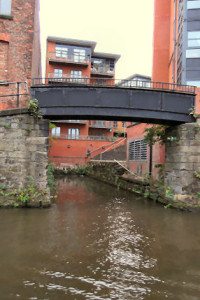 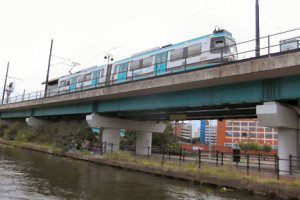 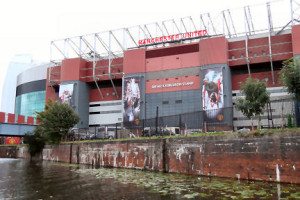 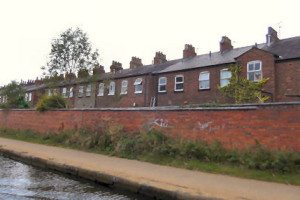 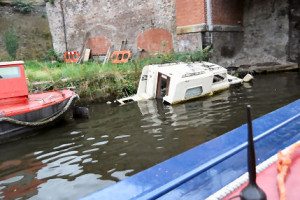 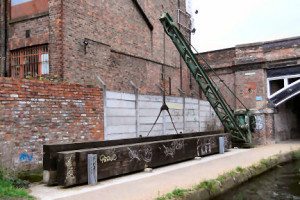 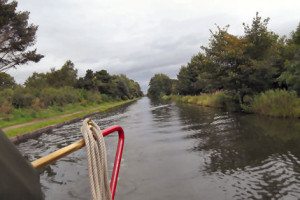 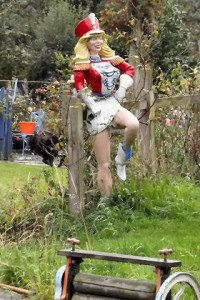 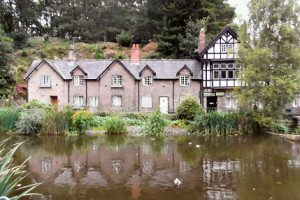 There was a distinct morning after the night before feel to the city centre this morning. Staff were righting chairs and sweeping the terrace at Albert’s Shed, in various locations Saturday night girls staggered in sleeveless dresses and impossibly high heels along unforgiving pavements and a pack of women, looking jaded and under-slept, trundled with weekend suitcases round a corner from a hotel, several wearing black jogging tops, Sarah’s Hen Manchester 2012 printed on their backs. Slowly the city was waking up on a Sunday morning. Cafes were serving breakfasts, a meeting was already under way at the Convention Centre and amusements and stalls for a Sunday market were being set up in front of the impressive Manchester Town Hall.

The stroll of just over an hour took in a stretch of canal, the old warehouses around the Castlefield Basin, the street scene from Deansgate to Albert Square, and a look at the front of the Bridgewater Hall (Manchester’s fine concert venue). Fine hotels indicate the importance of the railways to Manchester’s prosperity. The Central Library, another fine building, is under refurbishment and nearby, quite high up, a plaque was spotted, the site of the Peterloo Massacre.City-link.com/

By mid-morning Cleddau was ready for departure. It was a left turn out of the basin and onto the Bridgewater Canal. This was England’s first canal, the first section through Stretford opening in July 1761. From Castlefield the canal threads past old canal buildings and new apartments. Often short canal arms reach back to old loading wharves. On the left a car scrap yard had compressed metal stacked high, ready for recycling. On the right for a while the canal runs parallel to the Metrolink track and soon, as seen yesterday from the tram, Pomona Lock appeared. This gives access to the Manchester Ship Canal – but is not for the likes of the Cleddau crew! Trafford – and a different view of the Manchester United Football ground, silent now, but huge portraits of Sir Alex Ferguson proclaiming the stand named after him.

Manchester neighbourhoods pass: Stretford (the backs of some Coronation Street housing here?), under the M62, Sale (the canal goes through the centre), Timperley (right past the tram stop). There is seriously deep water and this broad canal seems far broader than, say, the Grand Union. Creeping past moored boats is barely necessary.  The cut stretches out ahead, straight as an arrow, for about two and a half miles. There’s a gentle bend towards Altrincham, then another straight section and then a few wiggles. Onward, the city long left behind, the countryside a welcome green.. If it hadn’t been raining hard – and if it had been on the Cruise Plan -Boatwif might have proposed a stop at Dunham Massey, a National Trust property. Unexpectedly a majorette was posed in practice mode at the end of a garden. Cranes on the bank side were positioned beside massive stop planks, ready for damming canal lengths.  Onward, the city long left behind, the countryside a welcome green… Boat clubs and boat yards, a boat graveyard, boats being painted, boats on dry land – this canal is popular with boat owners! Then new housing (and boats herringbone moored below them) heralds the start of Lymm.

A boater’s blog informs that recycling waste can be deposited in a Lymm car park.  Boatwif was dispatched to investigate … “It’s a nice village,” Techno’s Dad had said yesterday. “Lymm? That’s a nice place,” nb Quackers’ owner had said at Higher Poynton. From a brief walk through Boatwif cannot disagree: cafes and restaurants, a discreet little Sainsbury’s, boutiques, Gift and Interior shops, a jewellers’ shop, one sighting of a charity shop and no pound shops. “Nice” seems to mean tasteful, affluent, elegant. Will Boatwif be able to persuade the Captain that it would be “nice” to have a coffee in Lymm tomorrow morning…?

Tomorrow: still on unknown waters heading west towards Dutton Hollow, from where a glimpse of the Weaver Navigation might be possible…