Water steps up a rather steep hill

Phase 3 of the Cleddau 2015 Cruise has been resumed.

Back at Caen Hill Marina just west of Devizes (on Friday 10th July) there was time to ponder what exactly lay ahead.  True, Cleddau had passed this way once before (to Bath and back, in 2002) but memories from then were of a ferocious thunderstorm and an altogether wet and miserable time.

So Boatwif, the Tentatrice crew (plus the Boat Dog) set off for an afternoon walk up the flight. To start with there are the six Foxhangers Locks.  At the bottom lock instruction was under way: a would-be hire boat crew, all dressed in nautical navy and white, were being shown the ropes – or rather the paddles… 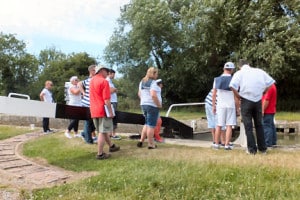 The pound (or space) between the first two locks is quite extensive. There are three separate Fishing Swims, spots between the reeds where fishing is permitted – but, according to the sign, the reed is Phragmites Reed, 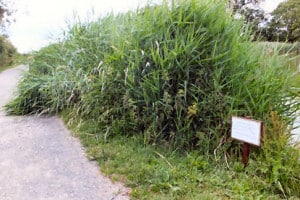 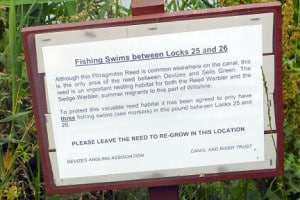 a valuable habitat for reed warblers and for sedge warblers. Further along this stretch two CRT (Canal and River Trust) staff were squatting near the canal side, seeking evidence of water voles.

A first glimpse of what was to come – the locks yawning ahead up the hill,

The restoration of the Kennet and Avon Canal from dereliction was long and hard, its official reopening from Reading to Bristol marked by the Queen in August 1990.  Many of the locks have signs paying tribute to those who worked so hard for their restoration. 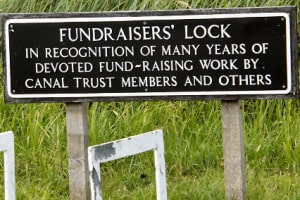 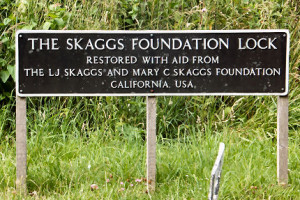 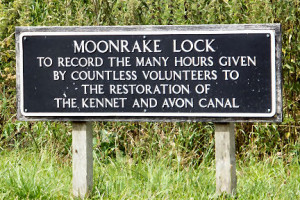 Four locks from the top is The Black Horse pub, destination for Saturday evening. 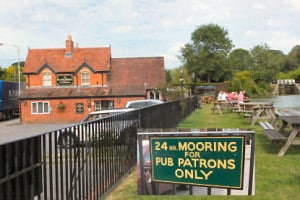 A sunny Saturday dawned.  Cleddau and Tentatrice cruised out of Caen Hill Marina, 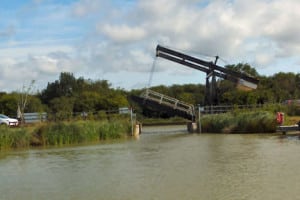 turned right onto the K&A Canal, 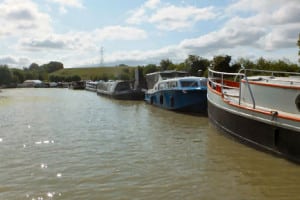 passed the hire base and the disused railway bridge, 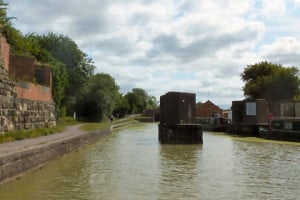 and met the first lock. 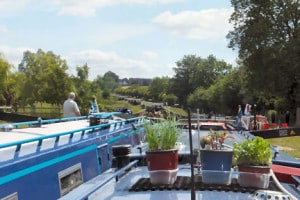 Wisely the Tentatrice crew had recruited help from two Wiltshire residents. During the course of the day while 23 years of news, moves and careers were caught up on 26 locks were ascended. There were moments of excitement of course (“a broad beam coming down” … and later, another. 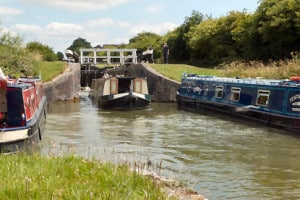 Then came “a narrow boat breasted up with a broken down boat,” 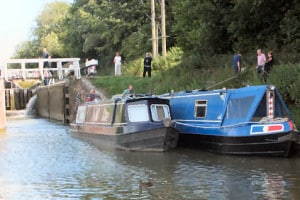 and not much space for manoeuvre.

Taking a narrow boat trip is increasingly popular with those who live in the Southern Hemisphere.  (Could anyone identify these flags?) 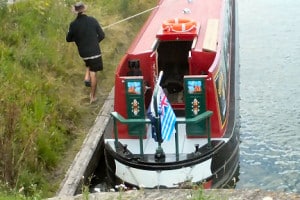 It wasn’t that these boaters from Pontypridd had driven across the Severn Bridge to their boat: 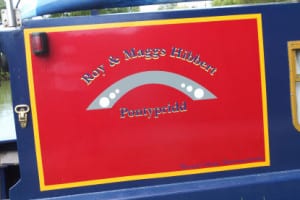 Mid-afternoon the flight was crowded. As the boats climbed towards the café (about 23 locks up) 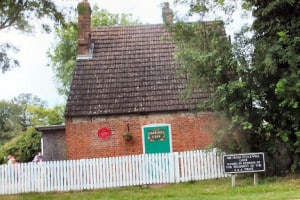 the number of gongoozlers increased.  Some giggled and posed, pushing a gate for the first time ever. 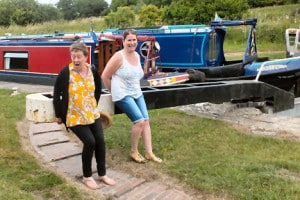 Some asked questions, some just gazed – and all the time the Boat Dog supervised. 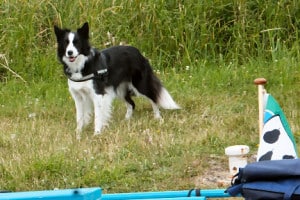 Two families approached from a picnic area. “Do you see how the water’s going down?” a father asked his small child.

“You could help push the gates when all the water’s gone,” Boatwif suggested, hopeful of some extra muscle. When the sun is shining and the sport looks good volunteers can often be recruited to help at a couple of locks. A mother was dispatched to put extra money in the car park meter while the families watched and helped. The lock emptied and the two gates were pushed open by the combined efforts of five adults and three children.  Explanation had to be made as to how the water had left the chamber (via the paddles) and why the paddles were now being wound down to close the gaps in the gates. Cleddau and Tentatrice made stately progress across the short pound from the lock below 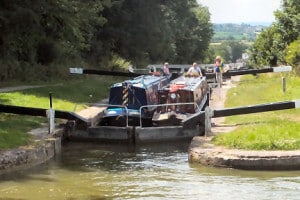 and entered the lock.

“We need to close the gates now…” The co-opted  crowd leaned in again to pull and heave them closed. There were the boats, encased below in the chamber. Now to make them float uphill… The action shifted to the further end of the lock. The ground paddles were wound up, water began to surge into the chamber and the boats floated up. Another step up the hill achieved.

So it was 26 “steps” or locks on Saturday, progress aided all the way by narrow boat novices Dee and Steve. There was a jolly pub meal that evening – and three more locks on Sunday to reach Devizes Wharf and the Long Pound.

Sunny Saturday  was to become soggy Sunday  Next: Troubles on the Long Pound