Even if there is no cruising plan in place there’s nothing to stop a crew looking at their boat is there? 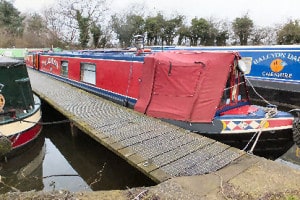 (Well apart from distance that is, about 147 miles from house to mooring).

No boats were chugging along the northern Macclesfield Canal on Friday morning.  Ice extended across the canal 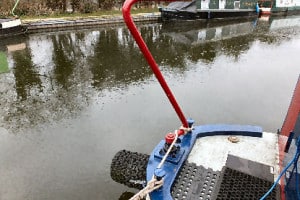 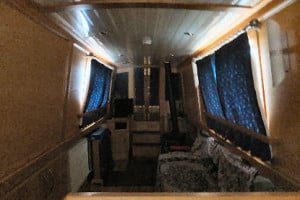 inside and out. The cabin was dry though, to the relief of the Cleddau crew.

Time to kill – where next? Pop in and see Techno Son-in-Law at his place of work. 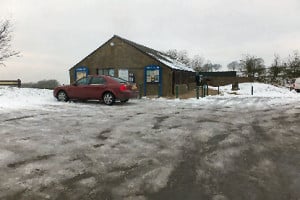 Up at Tegg’s Nose snow blanketed fields and slopes, hills and valleys. 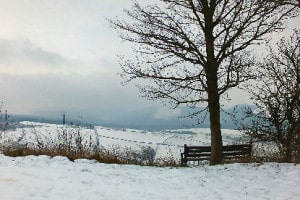 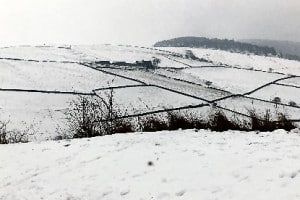 But the real indulgence of the weekend was to be the Girls and Grandmas Treat, to the RSC at Stratford-upon-Avon. Like the cast of a play the actors had to be called to the stage. At the end of Friday school the Derby Number One was collected by the Tentatrice Captain while Boatwif met the Cheshire One in Macclesfield.  Friday night in Bromsgrove was the prelude to the play itself…

Saturday morning involved a drive to Stratford-upon-Avon, a first visit for the Cheshire One.  One sole boat sat in Bancroft Basin. 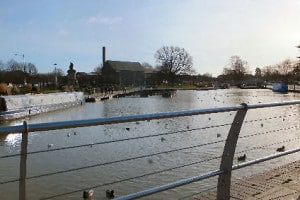 – the girls darted and bounced

their way towards the theatre.

Inside they found  a Wardrobe area 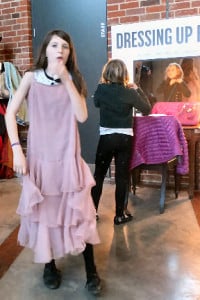 where, dressed up, they posed in cloaks and headdresses, hats and jackets. 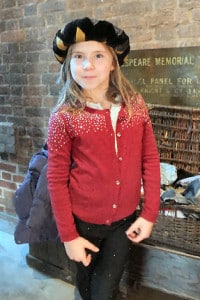 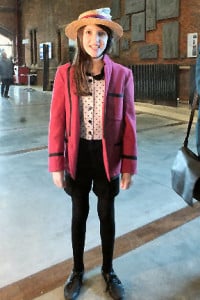 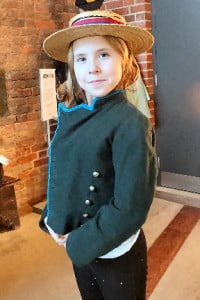 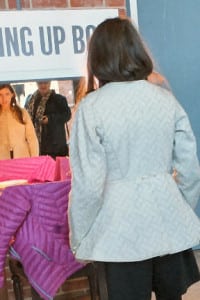 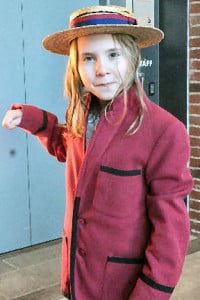 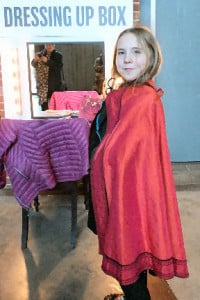 They sat in the Shakespeare insult chair, 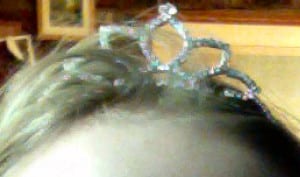 Then to The Christmas Truce, 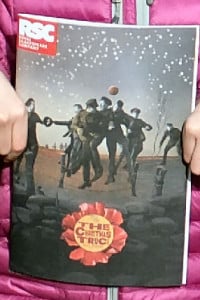 a play specially commissioned to commemorate the outset and the early months of the First World War. A hundred years ago ago Bruce Bairnsfather, a Stratford-upon-Avon resident, artist and Memorial Theatre electrical technician, had joined the Royal Warwickshire Regiment and gone to France as a Second Lieutenant. His cartoons from the front featuring ‘Old Bill’ became world-famous. Vividly the play depicts the enlistment, training and experiences of the officers, soldiers and nurses who spent miserable months on and behind the front lines. That first Christmas of the war the fighting ceased briefly while British and German soldiers called an informal truce, exchanged gifts, played football and sang Christmas carols.

From the front row of the upper circle there were great views of all the stage action, 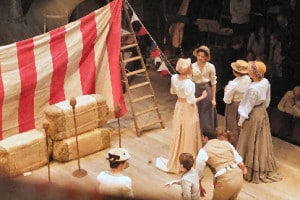 the entrances through the auditorium along the walkways, of the lighting rig, and of the musicians (all dressed either as WW1 nurses or as soldiers).  “Look Granny,” whispered the Cheshire One as the play’s cast was beginning to assemble, “there’s a clarinet!” How totally the audience came to believe in a world of military drill, of cramped train transport to Belgium, of dreary and uncomfortable life in the trenches, of friction between senior nursing staff and new arrivals. As with every RSC production the scene changes were slickly choreographed. Music, song, sound, humour, pathos, dialogue and all manner of effects were woven throughout the show. “Think about it from our point of view,” said a German officer that first Christmas. “Britain has a tide that comes in and goes out; Germany has its enemy France on one side and Russia on the other…” It might be history made simple but it was all powerful stuff.

So was it a good Girls and Grandmas Treat? 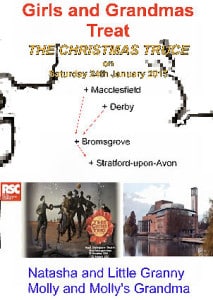 Apparently so. Extract from an email from the Cheshire One: “I really liked the play. I literally want to see it a thousand times over!!!!!”

Seats were booked months ago but the grandmas can take a bow now, it seems, for coming up with such a splendid winter plan!

Come Sunday the cast broke up, girls back to their respective homes, both to check their spellings and do their literacy homework…

As for the boat Captains on Saturday – a dog walk beside Tardebigge locks, a pub lunch treat and time for aircraft and boating chat had left them happy and replete.