Visual feasts beside the sea 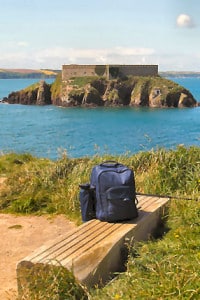 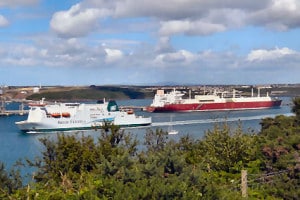 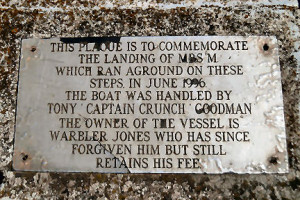 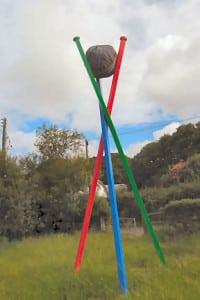 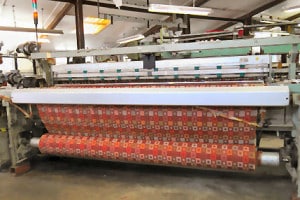 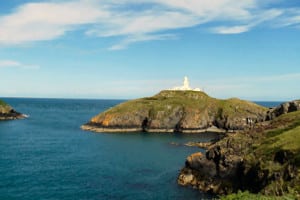 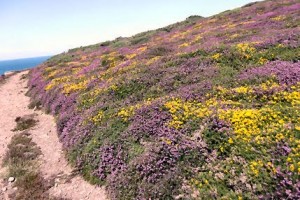 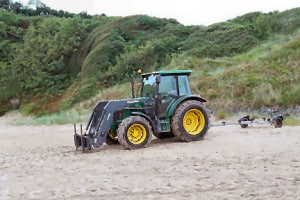 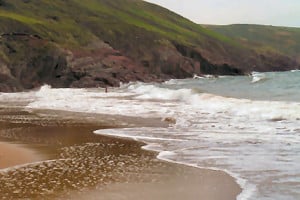 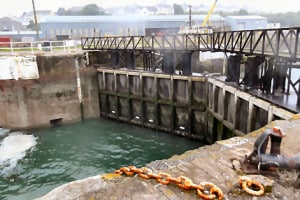 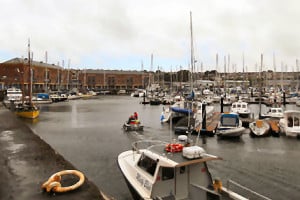 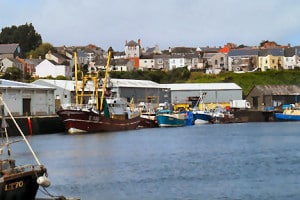 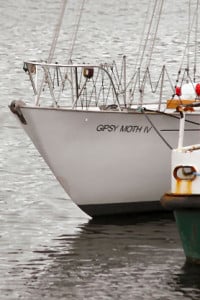 “There! Now you’ve seen the Irish Ferry you’ll have to write a Boatwif blog,” announced the Captain.  Down the Haven in stately progress was coming the afternoon ferry from Pembroke Dock to Rosslare.

“But, but, I haven’t had a boat trip,” was Boatwif’s reply. The circular walk during which the sighting had been made continued – past Thorne Island (glorious picnic stop), along the southern side of the Milford Haven Waterway, past Angle lifeboat station, looping round West Angle Bay and back through Angle village. Was it strictly true that Boatwif had not been afloat? Well, probably not. Hadn’t she been proclaimed the most expert on the body board in the sea off the South Pembrokeshire coast – doesn’t that constitute as floating…!

When you spend time in this far west county your eyes seek out the sea. The county is a peninsula: the northernmost coast juts into Cardigan Bay; the south looks across the Bristol Channel towards Devon; the far south west receives Atlantic rollers across thousands of ocean miles; the west coast from St Ann’s Head to Fishguard looks across the Irish Sea. The sea, whatever its hue and mood, provides a constant backdrop for a wide array of visual treats. Shown are some sightings that have amused and delighted in recent days, all taken while beside or near the sea:

A plaque at The Point House, Angle, (Cruncher Goodman was a childhood neighbour)

A weaving loom in action (Tregwynt)

Banks of wild blooms on a west-facing cliff top

A tractor on a beach, (Trewent corner, Freshwater East beach)

Sailing boats tied up at South Quay, below Pembroke Castle

Then, in rainy, blustery conditions, a road trip to Milford Marina was made. Three oil tankers were tied up on jetties on the opposite side of the Haven, discharging their loads. Safely moored inside the marina were hundreds of vessels ranging in size from short speed boats to two-masted ketches, a Cornish lugger and a very broad catamaran.  Wind generators on the yachts purred, mast rigging clinked, sea birds wheeled. An urgent thought occurred to Boatwif: seek out the tidal lock. There were the massive hydraulically operated lock gates controlled by Pier Head staff; there was the wide watery entrance corridor to the docks, long enough and wide enough for a dozen and more Cleddaus!

Opposite the marina berths lie less tidy, more functional boats: a fisheries protection vessel, a row of small Milford trawlers, a Belgian trawler, its fish catch being transferred to a huge lorry.

Then another dockside stroller provided a tip-off: “Gipsy Moth IV has berthed.” Boatwif and the Captain circled the docks gazing at slender hulls and swaying masts. And there she was, the small yacht sailed single-handedly around the globe by Francis Chichester, he later knighted by the Queen at Greenwich with the sword used by Elizabeth 1 to knight Sir Francis Drake – the stuff of stirring maritime legend! The classic wooden yacht is now owned by the Gipsy Moth IV Trust, read her story here.

But time and tide wait for no man: the Cleddau crew will soon leave their bunks in the far west, though coastal sights and sounds will feed their souls for months to come.